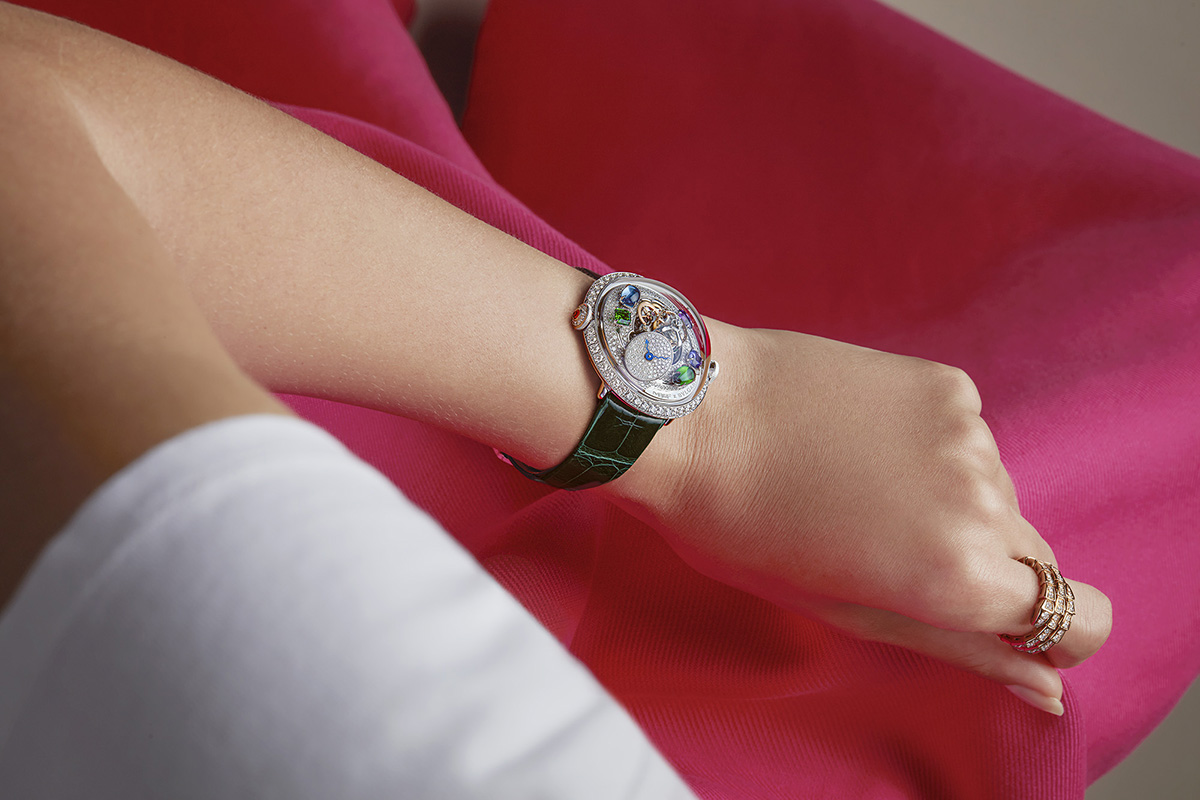 It is the story of an unlikely connection, of two paradoxes combining to form a single, homogeneous and sophisticated whole. It is also the story of an encounter between two unusual and unconventional creative approaches. When MB&F and Bulgari decide to join forces, the result can only be extraordinary: the FlyingT Allegra, a joint and unexpected feminine creation merging various skills, but above all two mindsets.

Radical in terms of its architecture and construction, while exquisitely precious in terms of its opulent ornamentation, this creation was intended as a tribute to femininity. In its name FlyingT, the T stands for the initial of Max Büsser’s wife, Tiffany, as well as for flying Tourbillon.

The choice to revisit MB&F’s Legacy Machine FlyingT was both natural and logical. The vertically-built movement – topped by a 60-second flying tourbillon – is designed in such a way that only its owner can read the time, with hours and minutes displayed at a 50-degree angle. The case-back reveals the sun-shaped oscillating weight, winding a barrel that ensures a generous 100-hour power reserve. A sapphire crystal dome tops this three-dimensional assembly, beneath which one can admire the organic life of the movement.

This unusual construction could not have been more appropriate for Bulgari. The volumes of the watch – featuring a case entirely redesigned by Bulgari to give it a futuristic, UFO-like profile – are matched by those of the coloured stones. The gems counterbalance the cold precision and micromechanical complexity of the movement by instilling the Roman jeweller’s warm and exuberant signature touch: carefully selected tourmaline, tsavorite, rubellite, amethyst, tanzanite and topaz, in an exceptional composition forming a full circle around the movement.