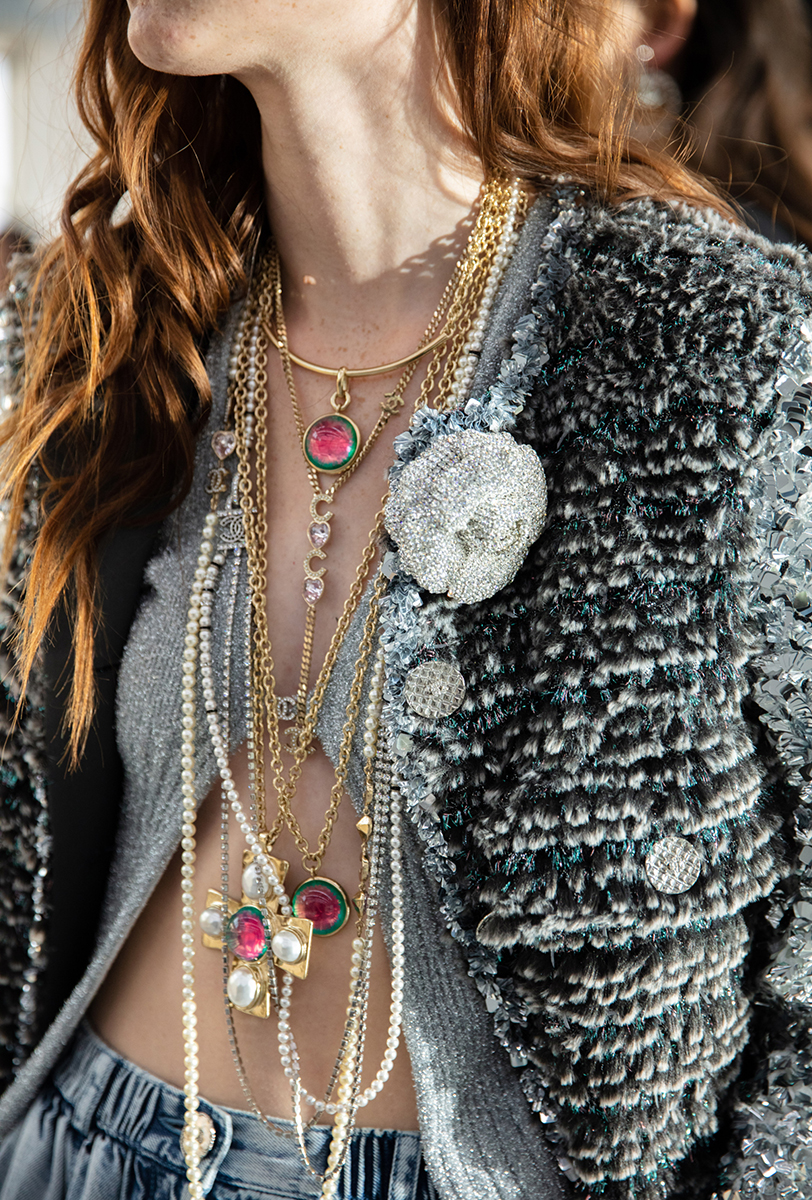 Since 2002, the Chanel Métiers d’art collection has been an annual rendez-vous that pays tribute to the virtuoso hands of fashion. The Métiers d’art bring together several hundred embroiderers, feather workers, paruriers, goldsmiths, pleaters, shoemakers, hatters, milliners, glove makers, tanners, leatherworkers, as well as silk and cashmere experts based in France, Italy, Spain and Scotland. This fruitful conversation between the House of Chanel and the Métiers d’art was initiated by Gabrielle Chanel herself, who called upon the skills of Paris’ best artisans including the shoemaker Massaro, the flower maker Lemarié and the goldsmith Goosens. The 2021 / 2022 collection of the Métiers d’art collection by Chanel, was presented on the 7th of December 2021 in Paris. Here is everything you need to know.

This year, Virginie Viard, Artistic Director of the Fashion collections, has chosen le19M, the luminous new triangular-shaped 25,500m2 building designed by the architect Rudy Ricciotti, and beating heart of the Métiers d’art, as the venue for the show.

It is here at le19M – 19 for the 19th arrondissement of Paris and one of Gabrielle Chanel’s emblematic numbers – that the embroiderers Lesage and Atelier Montex, the goldsmith Goossens, the hatter Maison Michel, the feather worker Lemarié, the pleater Lognon, and the shoemaker Massaro are now gathered.

Before the start of the show, an introduction movie, filmed and choreographed by  Dimitri Chamblas, was presented to the audience.

The models wore two-tone beige and black Mary-Janes with heels adorned with large pearls at the top, and long gloves in leather, worn with a mix of jewellery.