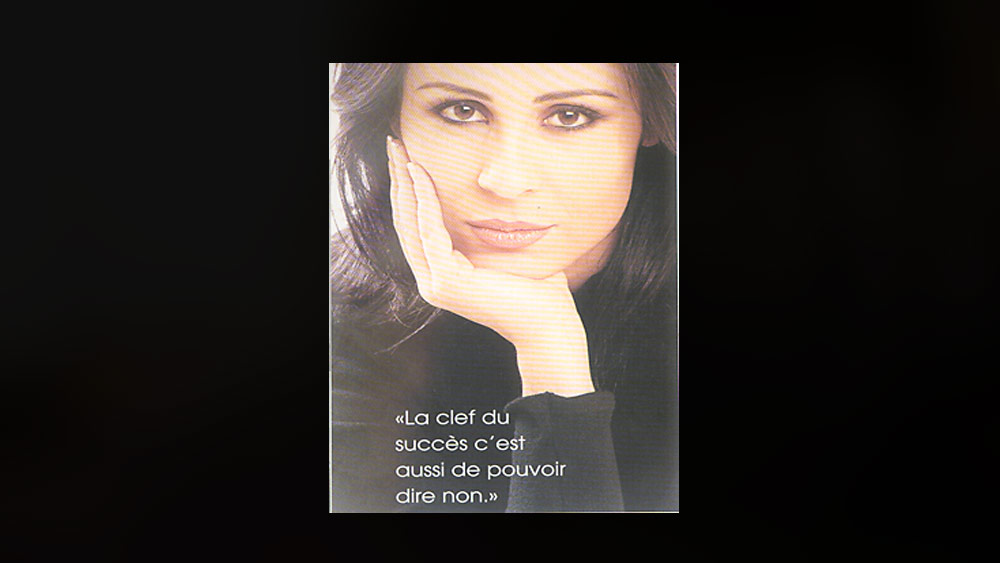 «The key to success is being able to say No»

In two words beautiful and rebellious. Carole is polyvalent … with talent.

She is a singer, dancer, actress, I mean, all three at once, graduate from IESAV, muse of author theater, she’s playing the musical Et il ressuscita le troisième jour that is now playing at Casino du Liban, are we born star or do we become one? Answer from a lady who does not believe in luck.

An accomplished artist, you sing and dance, how did you get these talents? My family encouraged me somehow. My parents often took us to the theater and cinema and then my grandparents and my aunts had beautiful voices and often gave musical evenings, it is a shame that no one of them has passed to the professional stage.

And you have studied arts? I first got oriented to theater to acquire an essential education, especially since I had to finish my studies, my father was inflexible on this point, he had no trouble convincing me. I was convinced that an artist without culture is not worth much. I joined the Institute of Audiovisual Studies at US.J. I did four years of theater and started my master’s thesis Improvisation at theater, that I haven’t finished yet. As for dance, I improvise, I operate by emotion, I have not taken lessons, I did not acquire a technique, it comes like that when I’m overwhelmed with emotion, it guides my movements. As for singing, I did a bit of singing with Ronza, but again, I did not study in the proper sense of the term.

Have these four years of study been beneficial? These are for me the most important years of my life. They developed my sense of aesthetics. The atmosphere in this kind of faculty is different, students are bold and outgoing. I have this rebellious character. This also allows a good relation between a singer and the audience.

Do you think you were lucky to get such important roles?
No, I do not think so. And I’m not assisted by an agent or a production company. I can get by on my own, I had the opportunity to perform beautiful roles, but it had nothing to do with luck. Producers have found that I fit the character, otherwise they would not have assigned it to me. In 1996, Nidal Ashkar worked on the play Toukous H’aicharat, I introduced myself to the cast, I have not been selected from the start because Nidal thought I was too young for the role. I insisted and asked her a chance to prove myself. I was selected among forty actors, There it is not luck, but skill. Luck decided that this play that opens the doors of the theater, one after the other.

How did you come to the musical? Oussama Rahbani watched me from afar. ”
Oussama saw that I could sing well and he just needed an actress for his musical, he offered me the role, same goes for the play les derniersjours de Socrate, MansourRahbaniselected me among four other actresses better known than me, not by accident, I proved that I was capable of doing.

Perseverance is the key to any success, luck is not very important.  I believe in opportunities, one must know how to grasp them, there’s a place for fate, people plan their lives and then a small detail disrupts everything. I think for all those who believe in luck, the fall is just as dramatic as the rise. I improvise, I operate on emotion which guides my actions

Before musicals and plays, did you receive any other proposals? Soap operas but I prefer to keep my own style, personal satisfaction is essential in this business. I feel I have so much tosay that others would not dare to express. I think a TV actor is responsible vis-à-vis the viewers, often very impressionable, I don’t underestimate them in any case, it is quite natural. The media has a huge impact on the masses and I want to use my talent for the better, in a positive sense.

Do you identify with your characters? Your characters do they express your ideas? Very often.Toukous wa Isharat denounced the Status of Women and injustices, I expressed myself through my roles, theater is a forum, that offers involved roles, too rare on television. My theatrical biography is not huge, but so far it has grown, consistently, that said, I am against those who report working “for the people” or “pure vocation.” I do not believe it, Art is a source of pleasure, it must also entertain, provide escape to the public. It’s great to make people dream. If we play the intellectuals, the public does not support it, he prefers the simplicity, closer to life.
I would give up right away the day I have the feeling of working for a living. I would prefer to leave. Do not be surprised to learn one day that Carole has left the country, “because there are so many things here that are not like me at all.
It’s theater, dance and singing with Oriental accents that tie me to Lebanon.

What is wrong with society? Lack of sincerity, abroad people are more themselves, more transparent, but it’s hard for me to adapt to exile. I would leave the day when my work would not bring me any satisfaction.

A whiff of pessimism … No, not at all, I am an optimist but this profession may prove ungrateful. I have not received as much as I want to give. Many contracts are pending, but my freedom is above all. I was offered to record an album provided to stop any other activity, some want to deprive me from my polyvalence. I understand the desire to plan my career but …

Polyvalence isn’t it the perfect asset to make movies? It’s  dream. But even in America people do no more musicals, except Evita, nothing is found, this category belongs to the past and to produce it requires enormous resources, I feel that time passes and that it I still have much to achieve.
“I improvise, I operate on emotion which guides my actions”

Did you ever get lost? Worldwide, to sing and dance at the same time is not considered as an extraordinary phenomenon. On the contrary, it is often required from the artist. I think it gives me a deeper dimension in terms of emotion, I danced with the troupe of Caracalla in Baalbeck who advised me not to give up dancing, that said, I think this polyvalence is demanding because you have to grow these talents, develop simultaneously, and sometimes you feel a little lost, When I sing, dancing becomes secondary but I leave to people the freedom to define me, to place me at their convenience.

And what do you do with your private life?
It is very important to me. I cannot live without love, I am with someone but I’m not engaged, I wanted my career but I’ve always wanted to start a family and have children.

Many Lebanese artists remain unknown. They fail to appear or show their talent. How do you explain that? The promotion of an artist is essential in Lebanon. Opportunities sometimes occur to people while many talented artists will never make it on the scene. It’s really frustrating at first must be the talent, then the will and perseverance, and a little promotion to give a boost to the career of an artist, yet I still dream of the maximum to get the minimum.

Which is your favorite character? I do not have any, I admire Fayrouz, Robert de Niro and Meryl Streep but I’ve never had an idol. We tend to idealize. This is human nature. The main thing is to know oneself. I dream but keep my feet on the ground. My deadline is 2001, so until then, if I can not find anything that meets my expectations, I’m leaving, it’s not pride, celebrities are giants of paper. The key to success is being able to say “no.”
Interview by BARIAA Sreih