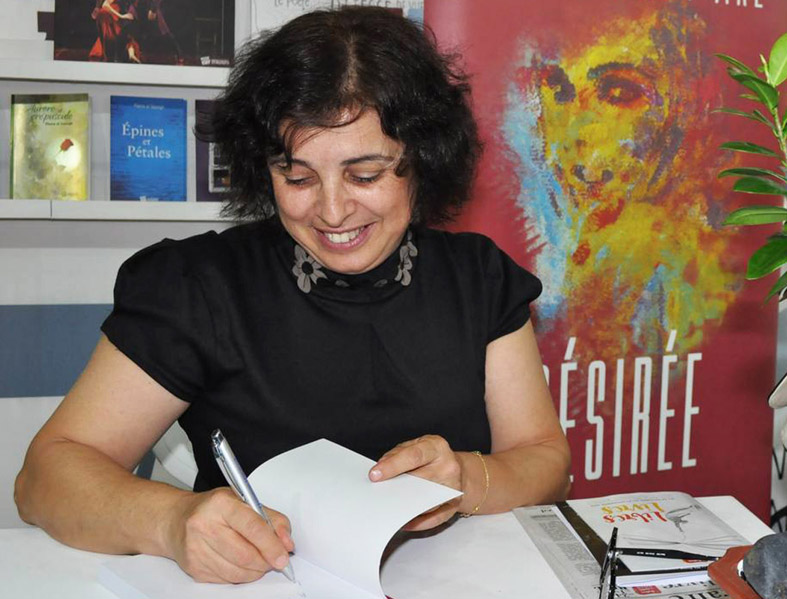 «Writing is primarily an art»

Wife and mother, professor of French literature, writer and bibliophile, Laure Melki Akl knows wonderfully how to combine these noble duties. Novels, poems, to religious meditations … She expresses herself through words chosen with love and art. Her third book, «Désirée», is fascinating from several points. A work where she put her heart and head that she tells to Prestige. Who is Laure Melki Akl? Firstly I am a wife and a mother (I have three boys that I love). My family is my priority and my source of joy. Also I am a professor of French literature, a specialty I’m in love with. Finally, I am since the age of ten, bibliophile and writer.

Why the titles of your books are summarized in a single term? Disillusion, Faridé, Désirée? It is pure coincidence. But it must be said that every word sums up the route of the main character. Justin is the great ambitious taking the wrong path to realize his dreams and falls into disillusion. The novel «Faridé» was originally subtitled «Come from Lebanon, my beloved»,to honor the Lebanese woman who has sacrificed so much, especially during the war. But the publishing house chose to reduce the title to the name of the character. I have not been embarrassed because finally Faride is a single woman insofar as she faces hardships without losing her serenity or tenacity. Finally the title of the latest novel has been changed. Indeed, I had thought of Solitudes, a plural supposed to say misunderstanding and isolation of the different characters. Again, the publisher proposed «Désirée» title probably more catchy…

Désirée is a living oxymoron, and the novel abounds in this kind of style figures. Is that intentional? In a way, yes. The oxymoron tells our contradictions, our inner conflicts, the opposition between what we are and what we appear to be, hence its necessity in a psychological novel. However gradation and accumulation occupy a greater place in my novels; perhaps because I seek the word that says better what is often difficult to say.

Where do you get your inspiration from? Does Désirée really exist? Certainly. All the characters exist. The writer observes, listens, reads in the eyes and souls, sadness, regret, dreams, disappointment and transforms all this in a narrative frame. I am the source of my characters but also those I meet, even across a news or gossip …

In the novel, it seems that history is repeating itself with the children who endure the same suffering as their parents. Is it voluntary? History does not repeat itself. Each one has his own suffering, his struggle or defeat. The story of Désirée is not that of her mother’s but rather the opposite. The mother fails to resume her life while Désirée is doing very well. The unhappy experiences of Martial are nothing compared to those of his son Alfred.

You are the author of novels and poems and religious meditations attract you. Which one prevails? I love poetry. It is less difficult than the novel that takes a lot of breath. But it doesn’t obey us at all: we must wait for it to offer itself to us that we can harvest. Religious meditations are my daily bread. It is impossible not to do when I have a little time for me.

What are the criteria of a good writer? It is necessary that the soul vibrates with every movement of the universe. Nothing can leave indifferent the writer. However he can not force himself to write otherwise he would be a pedantic, pretentious or trader. The desire to write must be necessary for him, almost vital. He only submits himself to this rage of expressing himself with words chosen with love and art, because writing is primarily an art.

What topic would you tackle next? A man who faces cancer in its final stage and suffers at the same time from the hate and selfishness of his wife … I will say no more! Interview by Mireille Bridi Bouabjian

Next
Where to go out in Lebanon?