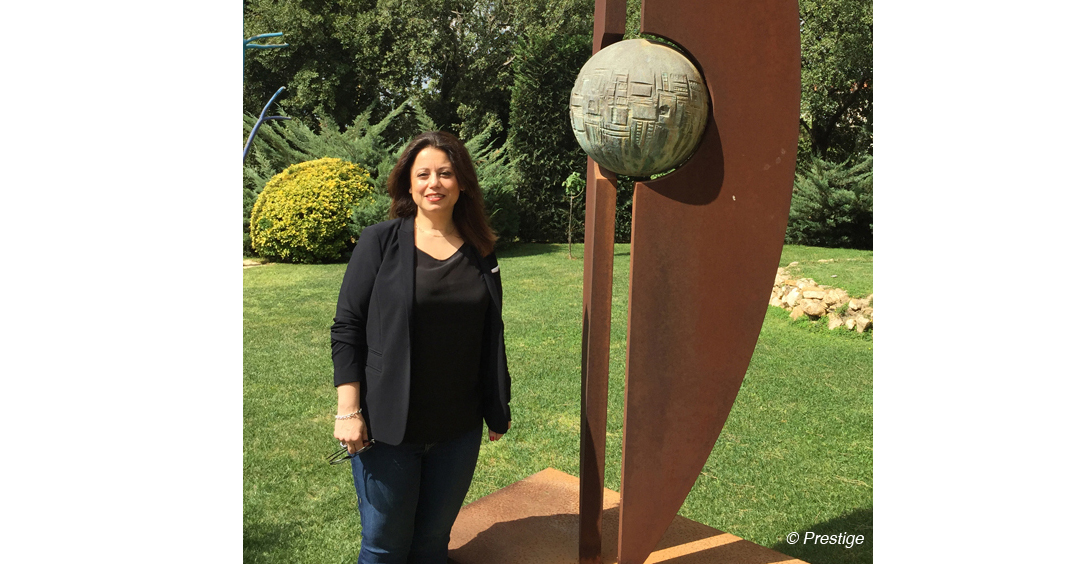 Newsmaker of the Week, interviews given at Concordia University, Radio Canada, VICE Quebec, Breakfast TV, and lectures given in Canada and Europe … Nadia Naffi, a Lebanese mother who emigrated to Canada, is a Ph.D.at Concordia University, a professor of social media at the Faculty UOIT in Oshawa, Ontario and consultant in performance management. She firmly believes and defends a topical thesis, namely the impact of social networks on the integration and inclusion of Syrian refugees in host countries such as Canada. She primarily makes researches at youth level in host countries, to establish fruitful contacts and lead to a better understanding that may facilitate the integration and inclusion of refugees. In a meeting with Prestige, Nadia Naffi details the subject. Who is Nadia Naffi? I am Lebanese, emigrant since nine years in Canada, to ensure a better future for the family, including children. I am a consultant in the performance management, currently a PhD candidate at Concordia University of Montreal, Department of Education, under the supervision of Dr. Ann-Louise Davidson, an online professor of social media at the Faculty of education of Oshawa, Ontario. I am preparing a PhD on the influence of social networks on the integration and inclusion of Syrian refugees in host countries such as Canada, an actual subject that I treat with great passion.

Tell us your story with social networks … When I arrived in Montreal, I started my studies at Concordia University, with a Masters in Educational Technology, which led me to consider systematic ways of performance and to identify systemic problems and find and develop appropriate solutions. My attention was, from the beginning, focused on how young people «live» on social networks. Personally as an emigrant, I lived the challenges inherent in the integration into the Canadian community, but I had less trouble since I spoke French. However, for children, the fact of arriving from Lebanon, an Arab country speaking Arabic, it was a problem. After mastering, I started my PhD in Educational Technology always, and have concentrated on the influence of social networks on the integration of immigrants. I was aware of the problems but I had the chance to integrate myself quickly. Concordia University has generously welcomed me and I lived the success story to have avoided the challenges others have faced. With the outbreak of the Syrian crisis, a categorical shift occurred and worsened after the attacks of Paris.

How did you react? I tried to understand the cause to find the solution and how I could help. After the Paris attacks, the refugees crisis has been closely linked to terrorism. Rapes in Cologne, Germany, have followed and brought another equation, namely refugees equal rapists.  Although the facts took place in Europe, the impact was very strong in Canada, especially with the arrival of 30,000 refugees on its soil. Canadians, however, known for their hospitality and openness to others, were prey to fear and expressed this through social networks. These spread fear in Europe, dealing with the plague of refugees and poisonous snakes preparing to pounce on their prey. Unjust attacks were denounced by the victims themselves who were neither Muslim nor refuge but indeed Canadian. I did a search and spoke with young people from Europe and the Middle East, and the host society in Canada and not refugees.

Why did you focus on the host country? A large investment has been made to help refugees integrate. The government gives them the tools needed in this direction, but despite all official efforts, the voice of young people who are supposed to welcome newcomers in their schools, in the workplace, or even go out to celebrate with them, is not heard. While dialoguing with them, young people know their way of thinking and their willingness to make their lives in the country. In this case, we should find a solution where both parties can live and be productive together, without harming our youth.

«Helping young people to establish contacts and to be critical about Online shared messages in order to live and be productive together.»

What have you done? I focused my research on the way how young people interpret all the messages shared on social networks. Messages considered superficial but upon reflection, are understood otherwise. I recruited forty-two young participants from 16 to 24 years, then I organized three to four interviews each of one hour and a half, to share with them the posts after the attacks of Paris, Cologne and Brussels.We discussed how these young people interpreted these messages at first and topics they had lingered on. I referred to techniques taken from the «personal Construct Psychology» by George Kelly, to understand how they built and interpreted these messages.

What do you mean by the «Personal construct psychology»? The constructs form everything that makes up our identity. They differ from one person to another. The background, ways of thinking, how we see the world and evaluate the things around us. Once we understand all these factors that led to these constructs, then we can help young people see things differently. I drew all these techniques in psychology working with these young people.

Tell us about interviews with participants … In the first interview, we discussed how these forty-two young people understand the content shared online on the refugee crisis. In the second, I asked them to imagine the reaction of a Syrian or a Canadian who read the message. Here the views and perspectives varied. They began to see messages from other angles, more deeply, to understand them. At the end of the third interview conducted in depth, I asked the participants feedback regarding the techniques applied and the change that was made.

Have you reached a solution? Most young people confessed that they were not aware of the influence that these messages had on the integration of refugees because they were never put in the shoes of the other, and did not sufficiently think on the impact that these messages can have on refugees or other young people of the host countries. They suggested an interesting idea, namely that those who were against expressed thison the social networks more than the people who were for. The reason is that people who approve believe that the work on the ground to effectively help the refugees is much more important than posting messages online. In reading these messages, even though the field work is done, the Syrian will have the feeling of being accepted by some and rejected by others especially since he lives in a particular environment. He has no idea of who he is with him or who is against him. He will always live in fear of the other, and will never be able to integrate or to move forward.

What about the others, Canadian or European? In seeing a negative image shared on social networks, the Canadian or European, who never had any contact with a real refugee, will not be aware of who is behind the message, and he will be afraid too. So this fear generated in both camps because of shared messages, is likely to dig a fairly deep ditch. It is this point that I am trying to develop, to understand the cause in order to find the solution.

How did you expand your contacts? As part of the research done on my doctoral thesis, I established contacts and published articles for other researchers to be aware of my ideas. And indeed, a British researcher who was a well-known name in the field of the methodology I had adopted, told me that I applied what he was doing himself on the refugee crisis, and invited me to an interesting psychological conference in Italy. There, my intervention had a success and its impact was very important. On my return to Montreal, I published an article on how to consider integration from different angles, a topic which was widely reported in the media and I was the «Newsmaker of the Week». This has expanded my contacts in Canada. I conducted 126 interviews and am currently working on analyzing the data before the recommendation to make a synthesis.

What should be done? First understand how young people interpret the message online and how they act towards each other; understand the reason for their fear and desire to exclude the other; help people establish contacts and to be critical is crucial. I am willing to cooperate, I have the tools, I am researching with the collaboration of two provinces in Canada, but also with England, Europe, including Poland, Germany, Belgium, France, Greece, Italy, Portugal and Ukraine. Interview Conducted by MIREILLE Bridi BOUABJIAN