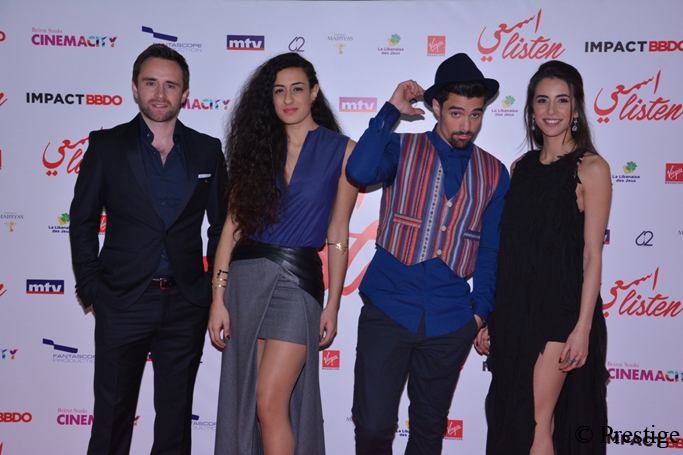 It is at Cinemacity Beirut Souks in presence of director Philippe Aractingi and the cast that was screened on January Monday 30th, the Avant-Premiere of the movie listen in presence of VIP’s and actors.

Through a journey into the world of sound and listening, «Listen / Ismaii» revolves around love as one of the strongest forms of resistance. The film is the story of a young sound engineer, Joud, a gentle and discreet man who seduces Rana, a young sparkling and rebellious actress, by introducing her to his world of sounds. Rana disappears. To find her sweetheart, Joud will resort to sounds and messages that he will send her, thanks in particular to the complicity of Marwa, the sister of Rana.