Three years ago Audemars Piguet presented the winning project of the architectural competition organised for the construction of its new museum. Imagined by Danish architect Bjarke Ingels, the new «Maison des Fondateurs» pairs the original museum established in the historical Audemars family house, with a futuristic spiral emerging from the fields, entirely supported by curved glass walls.
On Mach 30th 2017, the first stone of this unique project, which architectural complexity can only be matched by great horological complications, was installed in Le Brassus, cradle of the Manufacture in the heart of the Vallée de Joux, cornerstone of the Audemars Piguet history.

The next step should take place before winter: the installation of the curved glass walls, each of them weighing more than two tons. The interior museography and the restoration of the historic building, will be carried out during 2018. 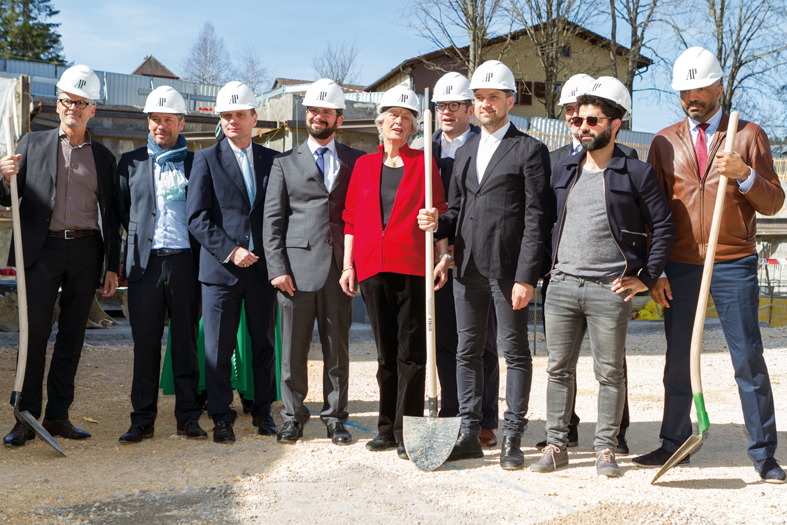 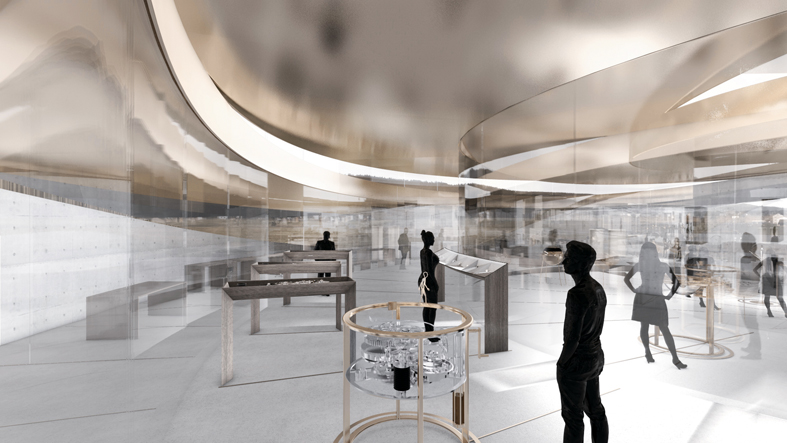