The families of the couple

The bells of Saint-Elie church in Rabieh, marvelously decorated with flowers, rang happily for the lavish wedding of Cyril Mike Moufarrej and Sandy Nabil Semaan. All the Lebanese socialites, friends coming from Qatar, Kuweit, Dubai, London willing to share the happiness of the newlywed and their families. Following the wedding ceremony, a magnificent dinner gathered these elegant people at Pavillon Royal in Biel in a fairy setting designed by Tony Breiss and flowered by Jocelyne Mehanna who gave their best for the happy occasion, transforming the place in a striking setting, the guests were amazed by the magic that they could hardly recognize the Pavillon Royal at Biel! Many spectacles followed each other, live music, songs and dance animated superbly these moments in a boosted atmosphere where the charming couple began their first steps in life together with a romantic first dance highly applauded, before inviting the young people on the dance floor. An evening where opulence was the master of the ceremony from the first moments until dawn, when the guests left, persuaded they had lived a magnificent fairy tale that they will always remember, happy to have witnessed the most marvelous wedding ever. 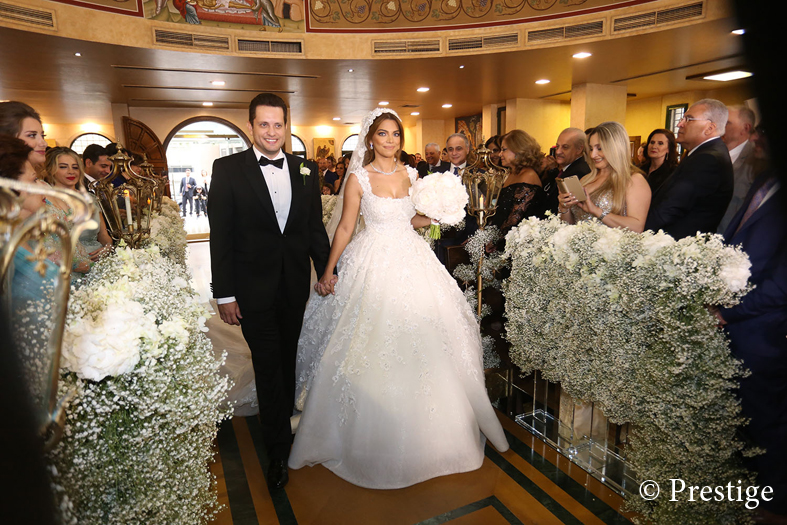 The charming couple Cyril and Sandy 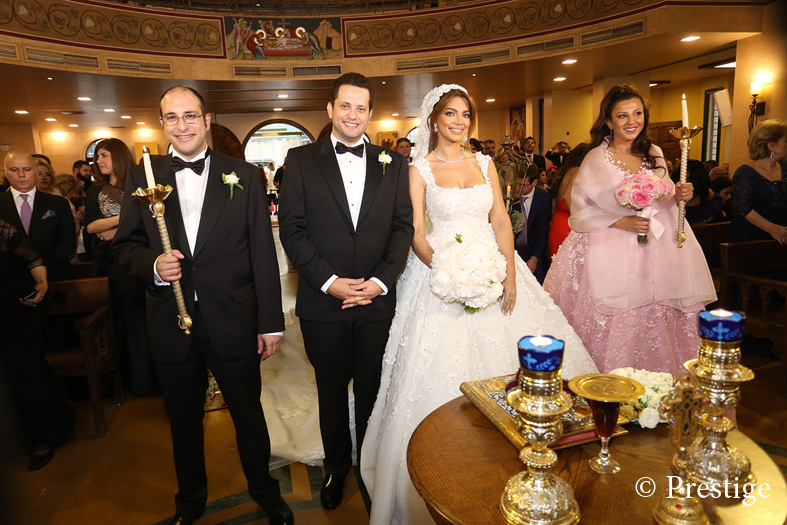 Cyril and Sandy with their witnesses 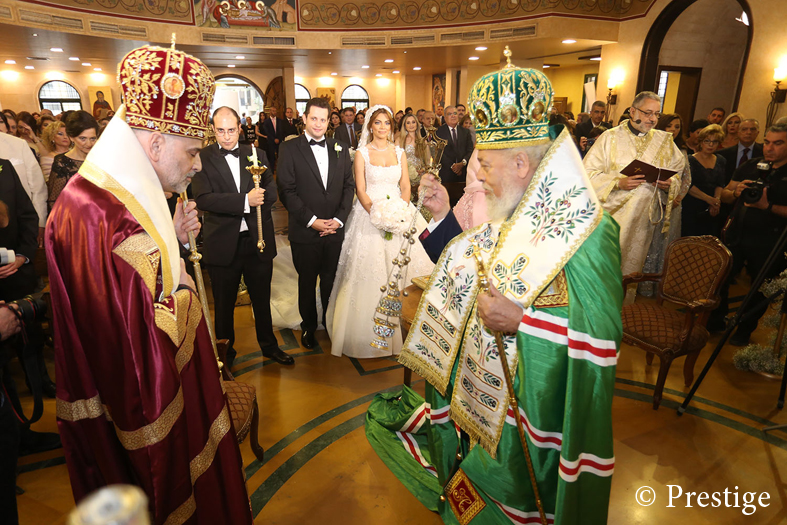 Mgr Niphon Saykali participating in the benediction of the wed couple. 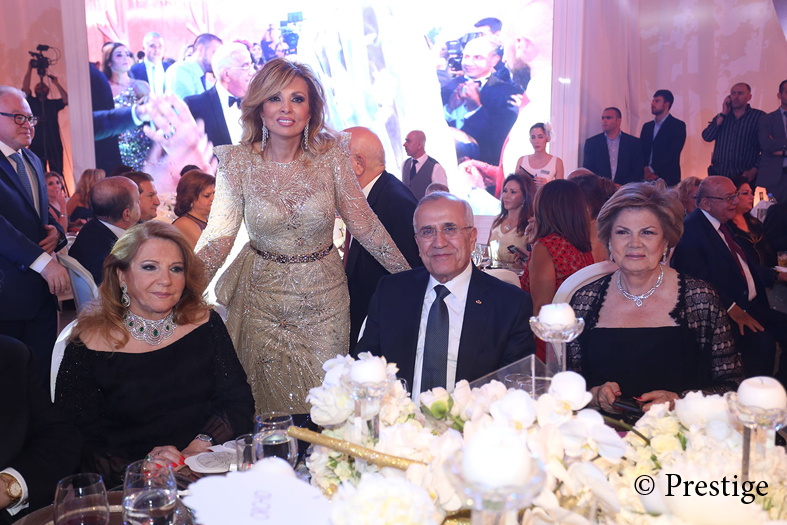 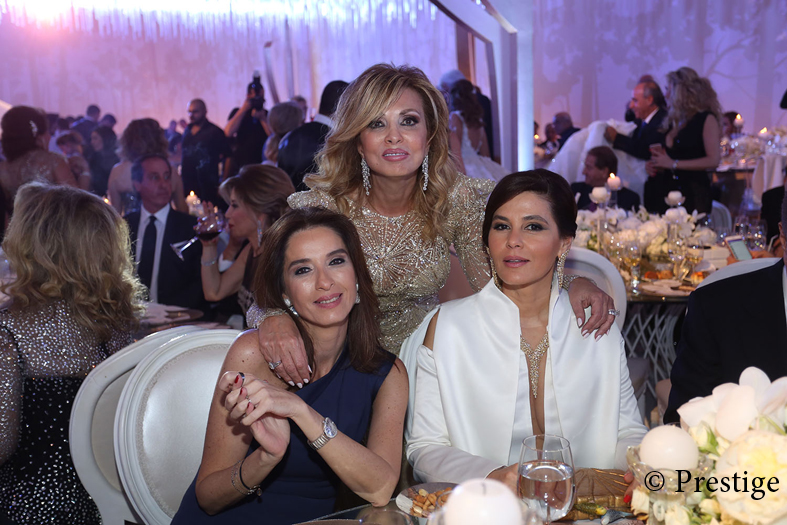 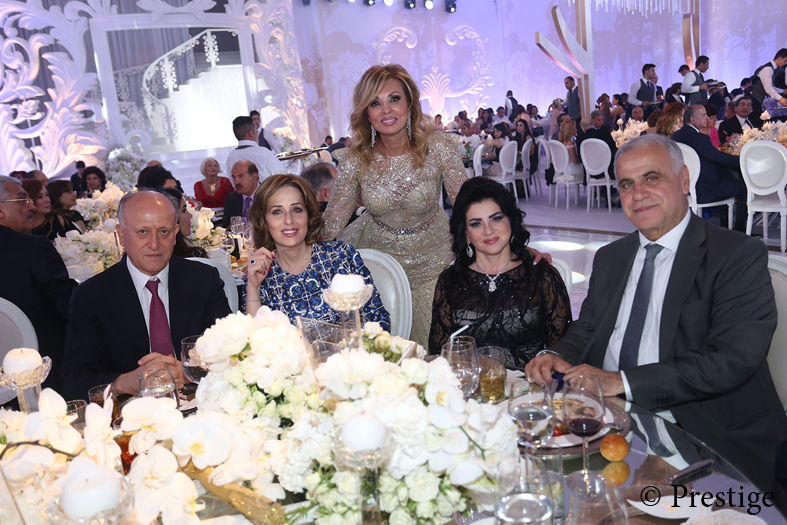 The love songs of Ramy Ayach to the couple.