In three years, the Dubai Watch Week (DWW) became an unmissable event on the annual calendar of the watchmaking world. Founded in 2015 by Ahmed Seddiqi & Sons, one of the largest retailers of Swiss watch brands in the region, this platform, with its essentially didactic approach, is dedicated to preserving the heritage and culture of watchmaking. It is a gathering point in Dubai for collectors, connoisseurs, amateurs, brands, independent, watchmakers and journalists, to debate, discuss and share passion, know-how and knowledge in a friendly and intimate environment. Creative Hubs, discussion forums, Auction Room, exhibitions, and master classes were on the program for this third edition of the DWW, which took place from November 16 to 20, 2017, under the patronage of His Highness Sheikha Latifa Bint Mohammed Ben Rashid el Maktoum, vice president of the Dubai Culture & Arts Authority. A warm atmosphere, a shared passion, a timeless experience…

The main exhibition of the 2017 edition of the DWW, Classic & Contemporary, presents the evolution of the watch industry through timepieces of traditional brands such as Vacheron Constantin, A. Lange &Sohne, Audemars Piguet, Zenith or Panerai, independent creative craftsmen (such as MB & F, Journe FP, Grönfeld) through the contemporary brands (such as Hublot, Richard Mille, Romain Jerome), who exhibited historical creations and their latest achievements. Visitors could also admire the most beautiful watches creations of the year that won the Grand Prix de l’Horlogerie de Genève (GPHG), exhibited in a hall dedicated specially to these timepieces. A rare opportunity to see gathered under one roof, so many exceptional pieces.

The FHH at DWW

For the third year, the Haute Horlogerie Foundation was present at Dubai Watch Week with several activities. Curator of Telling Time, this exhibition invited the visitor to wonder about the perception of time, its vocabulary, its duration and its meaning by giving to see the time differently through an unprecedented parallel between ten projections of works signed by international artists and a selection of 29 Haute Horlogerie models, each in its own way, reinterpreting the traditional vocabulary of time. Time travel and total immersion with Mastery of Time, experiences of virtual realities to discover the instruments of timepieces by immersing themselves in three interactive adventures: use a flyback chronograph driving a Grumman F6F-5 in full storm; handle a marine chronometer similar to those used by sailors in the XIXth century aboard an impressive three-master; connect London to Edinburgh at the controls of a steam locomotive, equipped with a Geneva Universal train watch … Fun, physical and educational at the same time. 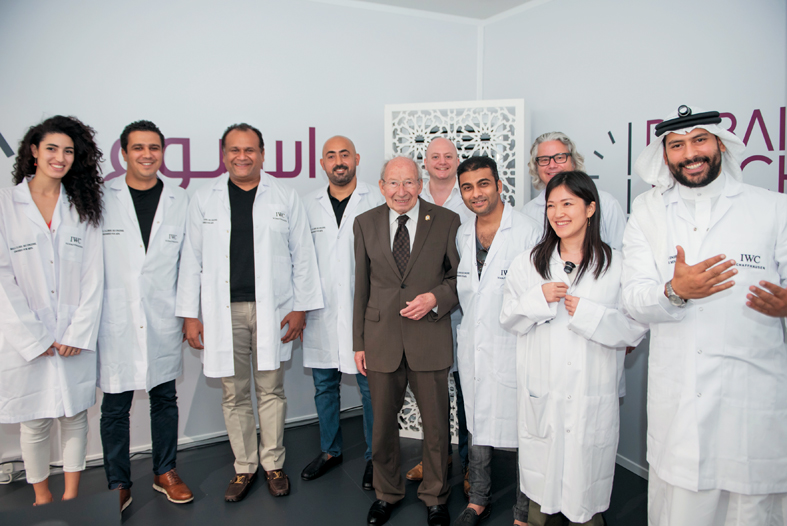 Kurt Klaus, legendary Watchmaker at IWC, surrounded by participants in his Watchmaking Class. Initiation of the youngest to watchmaking art. © DWW 2017

«A watch must transcend time, fashion and generations to be a true icon …»

Pascal Ravessoud, Secretary General of the Cultural Council of the FHH, at the Icons & Classics forum.

In collaboration with Christie’s, and for the first time in the region, an Auction Room allowed visitors to get acquainted with the auction through three segments: the opportunity to have their watch evaluated by a specialist; take part in master classes and learn how to bid at a sale. And because the passion is also learned at a young age, the children also had the right to activities dedicated to these budding collectors.

Engraving, enameling, miniature painting, had no secrets for the Watch Craft Master Classes participants, where the master craftsmen Tiego Aires Sergio, engraver at Bovet, and Jiyoun Parat-Han of the Vanessa Leccides Workshops have introduced to the public and shared their art and their know-how. To better understand the mechanism and movement of watches, Watchmaking Master Classes were also on the program under the direction of master watchmakers like Kurt Klaus (IWC), David Candaux or Antoine and Florian Preziuso. 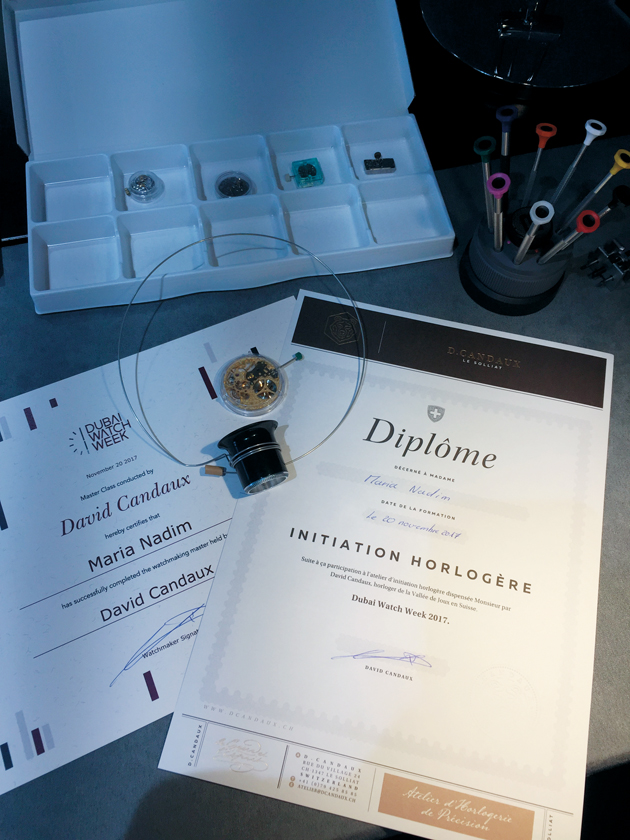 The Creative Hub, a space dedicated to creativity and discovery, was the venue for presentations of innovations (Zenith and Defy Lab) and launches of pre-SIHH collections (Vacheron Constantin, Audemars Piguet, Roger Dubuis), limited editions (Ferdinand Berthoud) or special editions for Dubai (IWC, Hublot, H. Moser & Cie). An opportunity also for brands to tell their story, like the creative process of Bulgari. 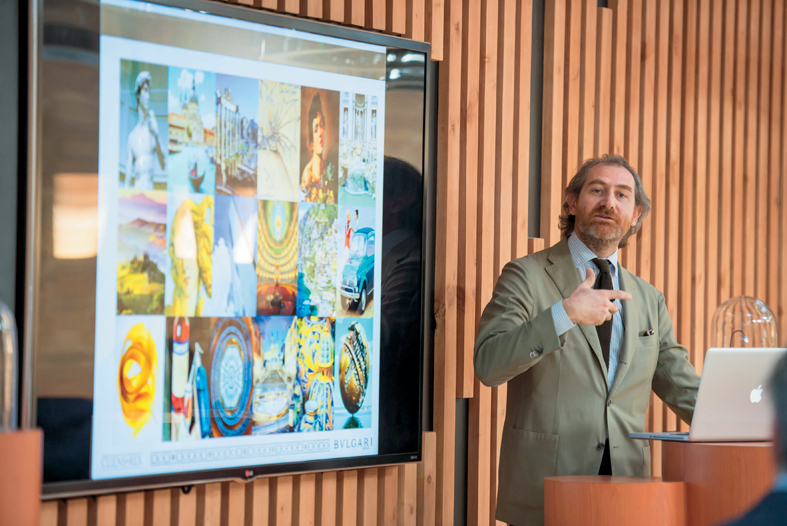 «Creating Haute Horlogerie watches is like creating a piece of art …» 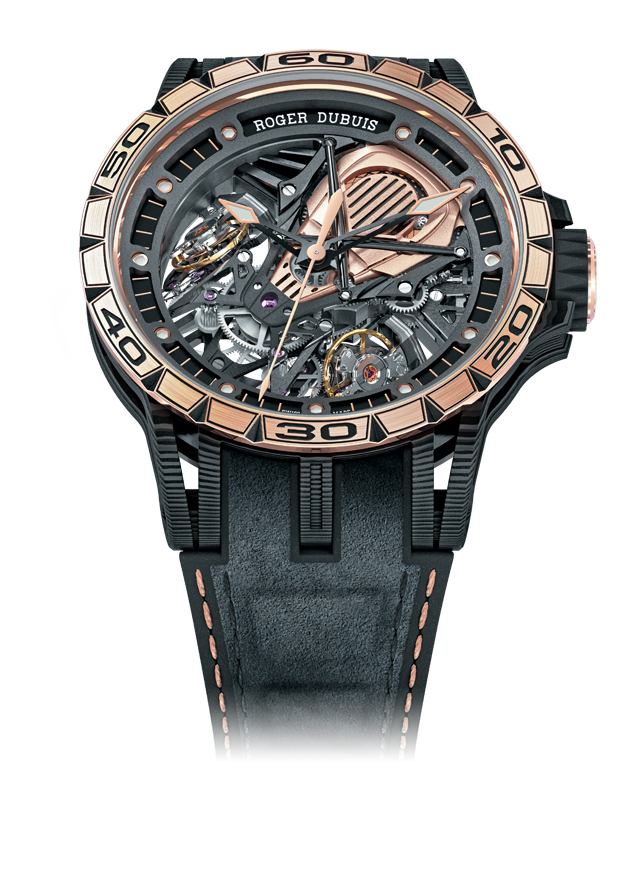 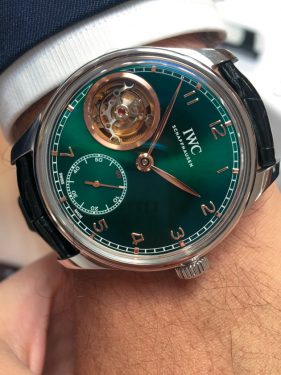 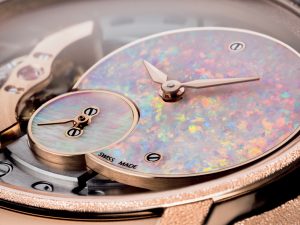 The Hublot Classic Fusion Dubai Independent incorporates a piece of Ghatra, a traditional fabric of the United Arab Emirates, in its dial and bracelet. This special edition is exclusive to Dubai. © Prestige 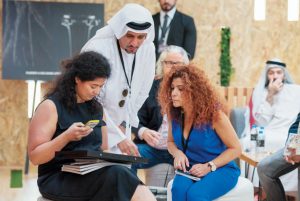 A major pillar of the Dubai Watch Week, the Horology Forum brought together more than 30 different speakers from all over the world and diverse backgrounds: CEO, watchmakers, curators, journalists, collectors, retailers, independent artisans, writers, historians and professionals of the industry to discuss, exchange and debate themes as varied as Haute Horlogerie and woman; icons and classics; independents and innovations, the importance of marketing, etc. Full house during a debate at the Forum de l’Horlogerie. © DWW 2017 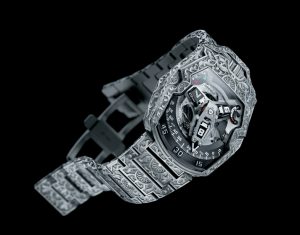 Unveiled during DWW, the Urwerk UR-210 Dubai, a unique piece engraved by Florian Güllert, takes on the theme of the magic and excessiveness of Dubai, a magnetic and maddening megapolis. © Urwerk Pascal Raffy, owner of Bovet, at The Independents forum.

It was during a gala dinner held at the Ritz Carlton DIFC that Dubai Watch Week started in the presence of VIPs, CEOs and representatives of the participating brands and the DWW Committee. The evening was marked by a great atmosphere and welcoming speeches by Melika Yazdjerdi, DWW Director and Head of Corporate Communication at Ahmed Seddiqi & Sons, Hind Abdul Hamied Seddiqi, Chief Marketing Officer of Seddiqi Holding, and Remy Julia, Christie’s Watch Specialist. From Dubai, Maria Nadim 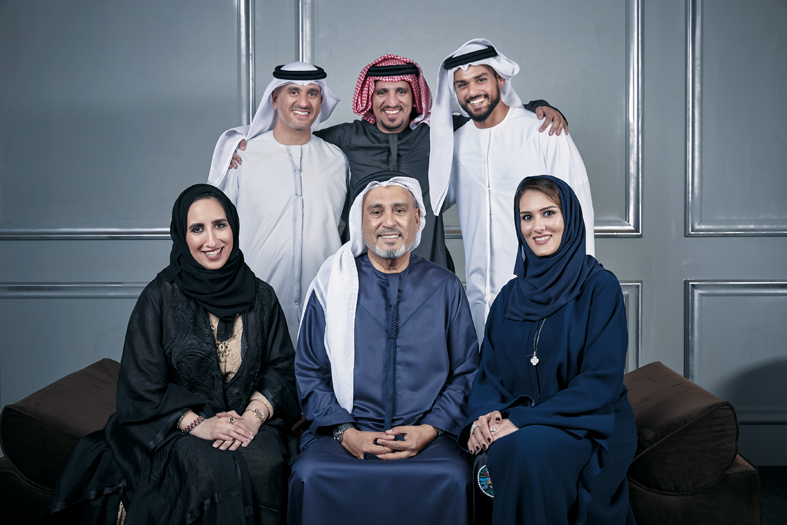