Carolina Herrera proudly introduces GOOD GIRL, the ultra-feminine fragrance that embraces the modern women of today. GOOD GIRL revels in her unapologetic duality – her femininity and sensuality, her timeless elegance and casual irreverence, her hopeless romance and fearless independence. The House of Herrera has created a fragrance that captures and celebrates her glorious, high-spirited duality.

With GOOD GIRL, Carolina Herrera makes its boldest, most provocative statement to date. For more than 30 years, the House of Herrera has created fashion and fragrances defined by the effortless elegance and sophistication that epitomizes New York style. Always relevant, Carolina Herrera’s new fragrance reflects the multidimensional attitudes of the modern woman.

For over four years, Carolina Herrera de Baez, Creative Director of the House of Herrera Fragrances, brought her extensive knowledge of the brand and fragrance development into the creation of GOOD GIRL. Every part of the fragrance is a reflection of the Herrera woman, best told through de Baez herself. The luminous bottle, a midnight blue ultra-high stiletto and gold-heel, includes a complex internal pressure system. Both fragrance and bottle express the sensual, confident, feminine and powerful nature of the woman who wears GOOD GIRL. 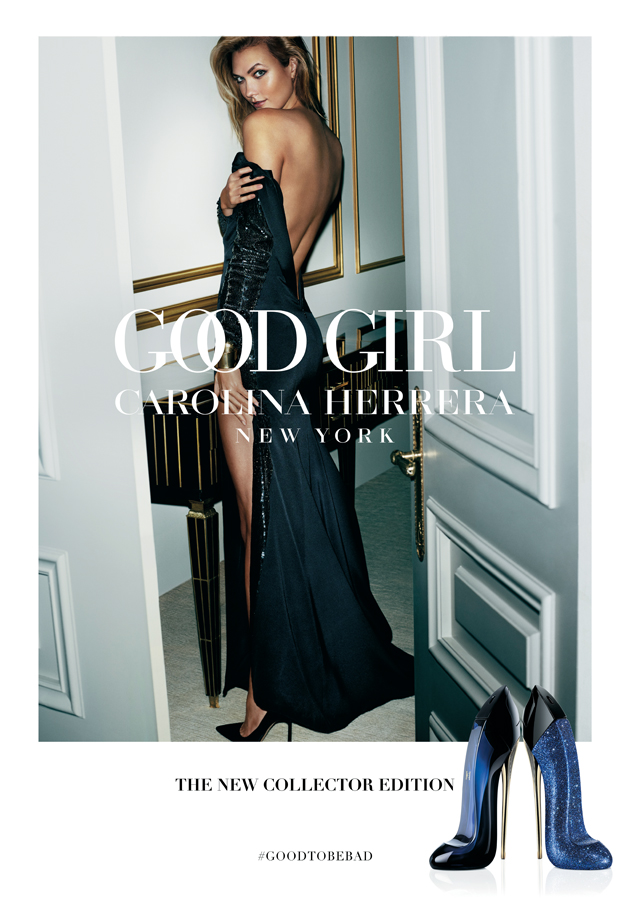