prestige·24/06/2014
Prestige issue 240-241, July-August 2013
Located in Northern Europe and connected to the Atlantic Ocean by the North Sea, the Baltic Sea extends over 432.000km2. Many countries border it such as Denmark, Sweden, Finland, Estonia, Latvia, Lithuania, Russia, Poland and Germany, home to a dense population. Formed of large ponds and islands, it is generally shallow, slightly salty and form, with Sweden and Finland, the Gulf of Bothnia.
Read More
LifestyleTravel

prestige·25/06/2014
Prestige issue 240-241, July-August 2013
Funny is when asked if I like New York, I always smile and say: «This is where I will be living in my next life». It is indeed a very fascinating city in this busy world of today. You meet all nationalities and cultures under one big roof. According to Wikipedia, it is the most densely inhabited urban agglomerations in the world.
Read More
Pin

prestige·04/08/2014
Prestige issue 233-234, Dec 2012-Jan 2013
Founded by the Mormons in 1855, Las Vegas becomes an agricultural village by excellence in the early XXth century. Its current prosperity comes from gambling, legalized in 1931 in Nevada. Thanks to its numerous casinos and hotels that attract millions of visitors, the city acquired
Read More
Pin 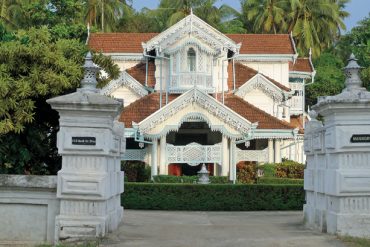 Sri Lanka the resplendent island of the Indian Ocean

prestige·05/08/2014
Prestige issue 236, March 2013
The Embassy of Sri Lanka in Lebanon and the Office of Tourism invited Prestige to discover the beautiful landscapes and sights of Sri Lanka, this fascinating island composed of forests, lowlands, fertile plains and a densely
Read More
LifestyleTravel

On the Heights of Nepal

prestige·06/08/2014
Prestige issue 251, June 2014
It is through the timeless adventures of Tintin in Tibet that we all formerly knew Nepal. Located in Central Asia, landlocked in the Himalayas between China and India, the country continually draws lovers of mountains and trekking, since its opening to the outside world during the 50s. Multicultural country deeply
Read More
LifestyleTravel

prestige·28/08/2014
Prestige issue 113, October 2002
Its basalt stones fit together in a vivid testimony of the history of several civilizations. Quoted on the tablets of Tell Amarna, correspondence between the pharaoh and the Phoenician kings. Second capital of the Nabateans after Petra, seat of the Roman governor of the time of Trajan, deeply Arab...
Read More
LifestyleTravel

In the footsteps of St. Simeon The Stylite

prestige·02/09/2014
Prestige issue 127-128, Dec-Jan. 2003-2004
At 32 kms from Aleppo. A mountain. A place of pilgrimage. Qal’at Simaan, the citadel of Simeon. The saint lived there 42 years on a pillar. He was called the Stylite. His asceticism fascinated. His faith was mobilizing crowds. When he died, people wanted to make the richest tribute to the man who had made a vow of poverty. Around this pillar was built a large church.
Read More
LifestyleTravel

prestige·09/09/2014
Prestige issue 254, September 2014
At the invitation of TAT/Songkran Media FAM, Prof. Bassam Lahoud made ​​a trip to Chiang Mai and Bangkok, leading tourist destinations inThailand at theThai New Year, Songkran, celebrated from April 13 to 15. The ancient Siam, now Thailand, is a state of 514000 km2 of South East Asia, home to 63 million and a half inhabitants. Major celebrations planned for the New Year, the discovery of the Grand Palace and temples, through the
Read More
LifestyleTravel

Brussels in Flowers and Colors

prestige·26/09/2014
Prestige issue 255, October 2014
At the invitation of the Belgian Embassy in Lebanon through its commercial section, Brussels Invest & Export and visit.brussels, Prestige takes you in the Belgian capital to discover the splendor of the Flower Carpet 2014, a unique achievement in the world as well as the multiple beauties of the capital of Europe. Escapade.
Read More
Pin 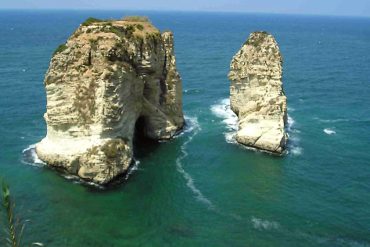 prestige·16/10/2014
Prestige issue 83, April 2000
A LITTLE SUNNY CORNER OF THE WORLD IMPOSSIBLE TO IDENTIFY IN SOME PICTURES, BECAUSE OF THE VARIETY OF THE COUNTRYSIDE. LAND OF CONTRAST AND HARMONY, BOTH DYNAMIC AND PASSIONATE OF FARNIENTE, IT IS NOT BY CHANCE THAT ONE CAN FEEL SO OFTEN ON VACATION
Read More
Pin 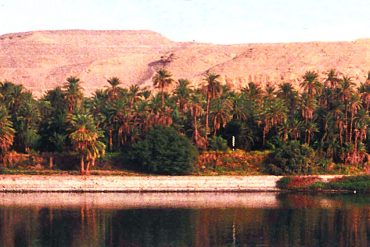 The Nile of the Pharaohs

prestige·23/10/2014
Prestige issue 103, december 2001
High - Egypt. Initiatory journey through space and time, in the land of great builders. Along this untamed river whose mysterious rhythm inspired myths and legends, from ancient times until today, the Nile continues to fascinate its contemplators.
Read More
Load More