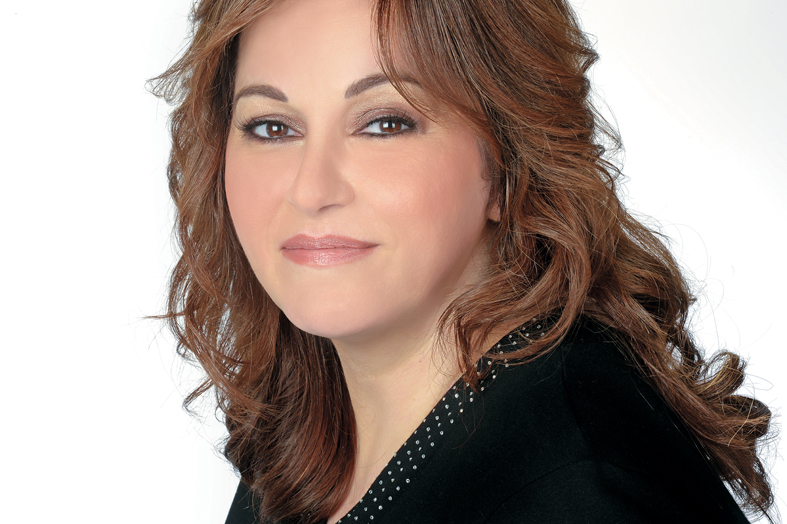 Which Comeback for our Stars

September is a time of year that coincides with the return of students to school, the return from the holidays in the capital, but also a new grid of TV programs to entertain the Lebanese during the winter evenings. We interviewed two stars who work for the small screen, to see what they are preparing for the fall and how they spent their holidays. Claudia Marchalian graduated in high drama studies at the Lebanese University. She began her career as an actress playing in several Lebanese soap operas such as «Women in the storm», «Thy will be done» and other series. In 2005, she began writing scripts for television and several films in a variety of records, animating our evenings with comedy, intrigue and other adult dramas. Claudia Marchalian has received several awards throughout her career including three golden Murex and BIAF 2014. She also was part of several juries to evaluate motion pictures in the Arab world. She is currently preparing a series for Ramadan 2017, among other scenarios.

What do you do during the holidays to relax and prepare a comeback full of energy? I travel. This is the only way to get away from my everyday life. This gives me energy, changes my ideas and enriches my imagination.

What are your plans for September? I am working on a script that tells the story of the 1860 revolution, before starting in October to write a screenplay for Ramadan 2017.

«Writing takes all my time, it’s an activity which requires total dedication».

What studies did you do before starting on TV? I have a graduate degree in drama from INBA. I worked as an actress for several years before devoting myself to writing.

Do you work in parallel with your business on TV? No, the writing takes all my time. This is a rewarding and enriching activity but requires total dedication. Mohammad Kais is a talented young animator who made his career at radio and television. He started in 2005 with Rotana Music hosting Rotana Cafe, then he worked with Rotana Egypt. In 2012, he presented during the month of Ramadan «enta 2adda» on MTV, which encountered a great success with the public, he also covered various festivals. In 2014, he did a noticeable interpretation in a duet with the Egyptian singer Shérine revealing qualities full of romanticism. Recently he presented during Ramadan 2016, the program «Min Jeelak», a new concept that brings together several generations on questions of general culture, achieving a great success with the public.

What do you do during the holidays to relax and prepare a comeback full of energy? I enjoy my vacation  watching movies, reading the latest books while doing some sports such as swimming. I also love traveling to discover new cultures, new places and meet people. Vacation time is very important to me, it enriches me with new ideas and observations.

What are your plans for September? After the huge success of «S2alou Marti» program, which lasted from October 2015 until July 2016 (Non Stop), and was ranked as the top show based on the best statistical offices, and collecting the interest and love of the public for this program, I have had very positive feedback through social media. Furthermore, the program «Min Jeelak» aired during the holy month of Ramadan 2016 had a huge impact, following its concept involving four different generations competing on general knowledge questions. I am happy to have participated to revive the trend of game shows with the new generation. Currently, I spend much of my time attending work meetings to come up with new ideas, different for the new season.

«I work on different ideas for the new season».

What studies did you do before starting on TV? I graduated from the LAU Beirut with a degree in business marketing and communication.

Do you work in parallel with your business on TV? I have my radio program «B3ezz el 3aj2a» on Aghani Aghani (98.9 FM), Monday to Friday at 17:00. I wanted to discover the world of radio to gain new experience and thanks God, the show is taking place since a year and is well heard. Thank you to all the faithful listeners to my show, the team of Aghani Aghani, and all the sponsors partners of the show.

Previous
The 2016-2017 Bride Majestic and Seductress

Next
Art at Phoenica Hotel