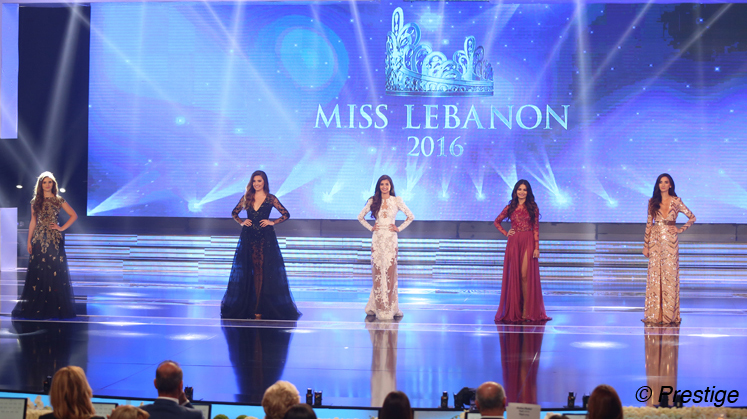 They were all real beauties and it was not an easy task for the jury to decide who the winners will be. Finally Sandy Tabet was elected Miss Lebanon 2016. The most discreet of the candidates did a brilliant performance without mistakes. Sandy knew how to take over the stage fright and the cameras and answer with assurance and clarity the questions of the jury. But how could the questions with political theme have their place in a beauty contest?

The big evening of the election animated by Waël Kfoury, and broadcasted live, was a success as all events organized by LBCI. The previous day, members of the jury met separately the 15 candidates, to know them closer and without make up. Can anyone guess in advance the name of the new Miss? Impossible…I can confirm that neither the ministry of Tourism, nor LBCI management, or members of the jury are able to predict in advance the name of the happy elected miss. Sandy Tabet photographed with her crown.

Members of the jury: Marianne Hoayek of Banque du Liban, journalist Marcel Ghanem, the star Hiba Tawaji, the social activist Nada Salam Naja, the CEO of We Group Richard Pharaon, actress and top model Adriana Karembeu, actress Razan Jammal, the famous designer Zuhair Murad who dressed the 15 candidates and the member of the Council of the Press Marcelle Nadim. The candidates in their swimsuit. Previous
Ceremony of Awards by May Chidiac Foundation