At New York or LA 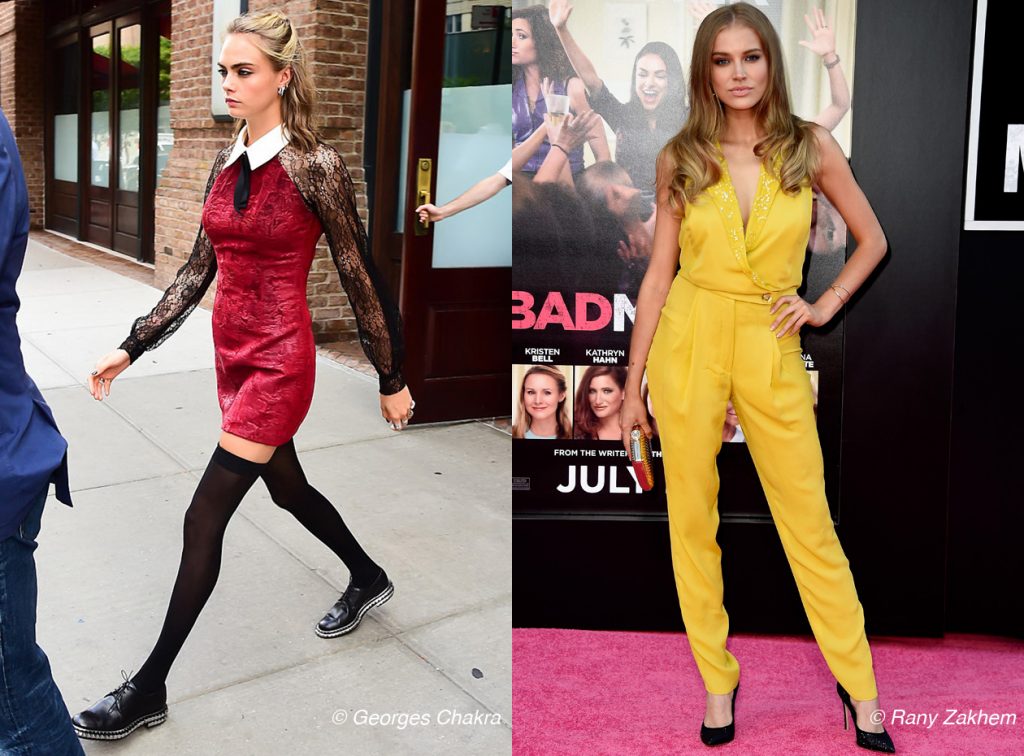 Cara Delevingne. It is in this dress in red silk, with a white collar and lace sleeves as ornaments, chosen in the recent Ready-to-Wear Fall-Winter 2016-2017 by designer Georges Chakra, that the supermodel and hippie-dippy actress has appeared in New York. Cara was promoting her film Suicide Squad, in which she plays to perfection a witch role. 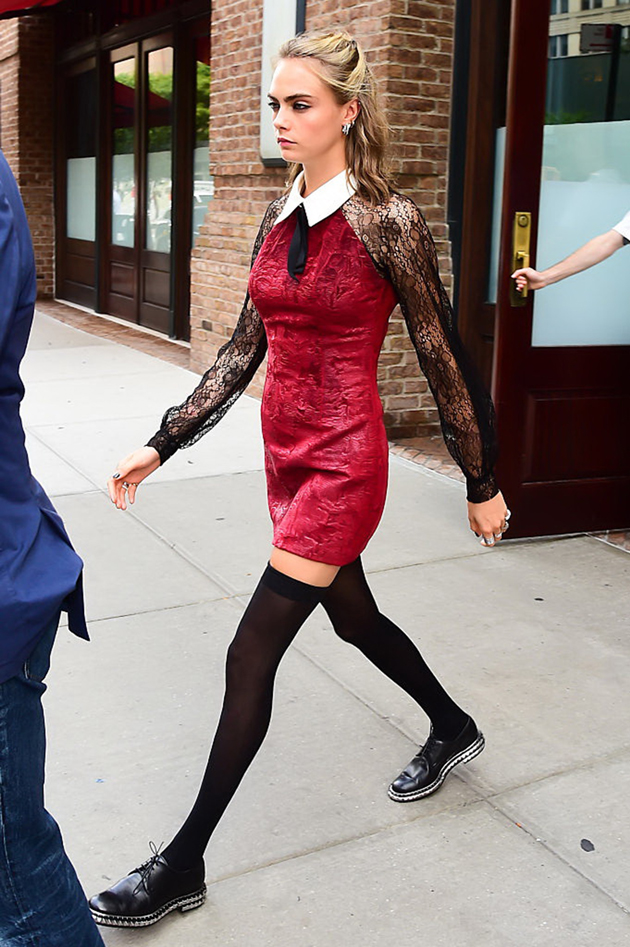 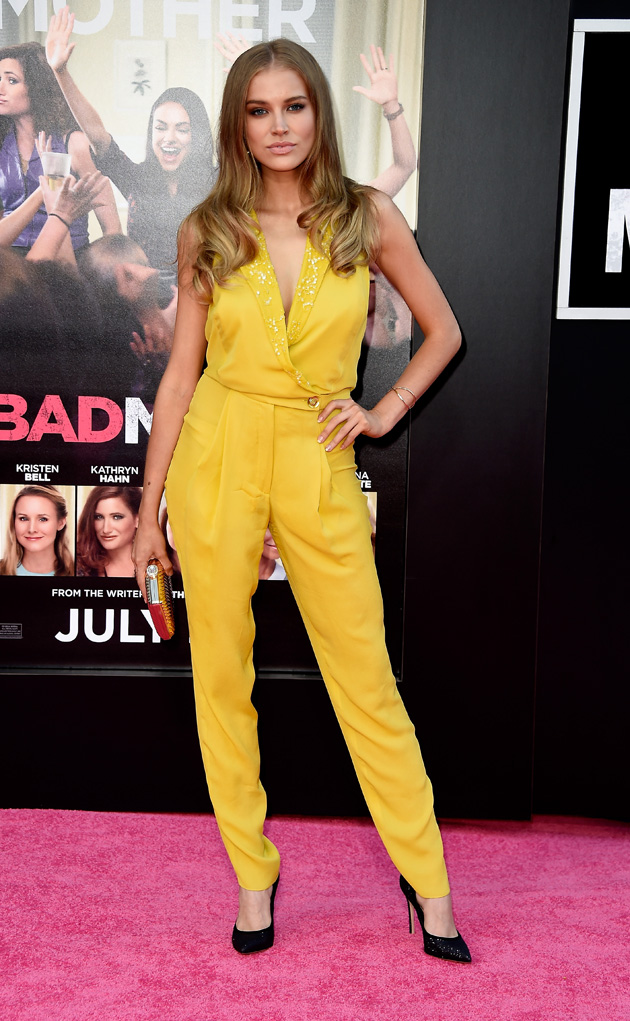