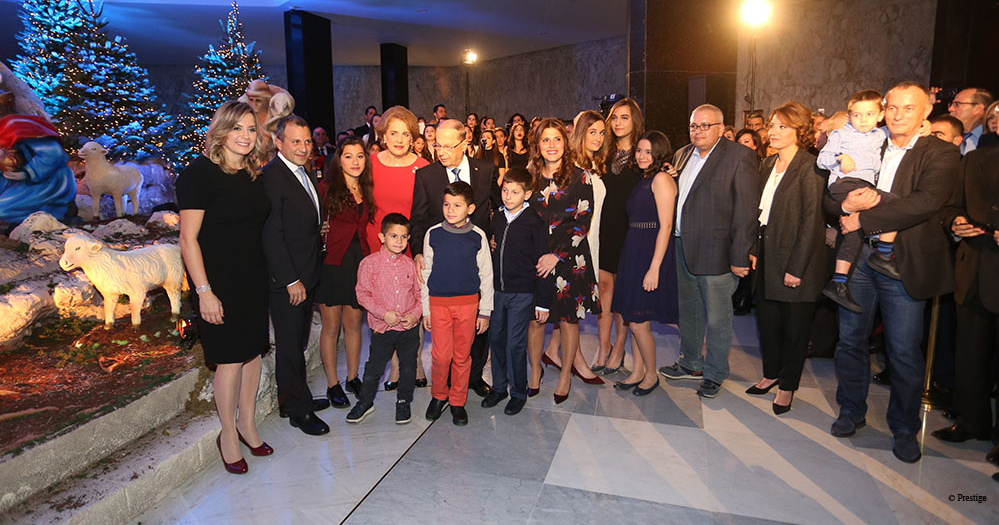 Christmas at the Presidential Palace

President General Michel Aoun illuminated with the First Lady Nadia Aoun, the Christmas tree and crib installed in the main hall of the presidential palace.

The entrance and gardens of the palace were also decorated and illuminated for the festivities. The ceremony took place on tuesday  December 6 for the first time since December 2013. The members of the president’s family as well as the staff of the Directorate-General for the Presidency of the Republic and representatives of the media who transmitted the event live.

Christmas songs were performed in many languages ​​by the tenor Edgard Aoun, accompanied by children from several choirs. At the end of the ceremony, General President Michel Aoun wished happy holidays to the presents, who were invited to a cocktail organized for the occasion.