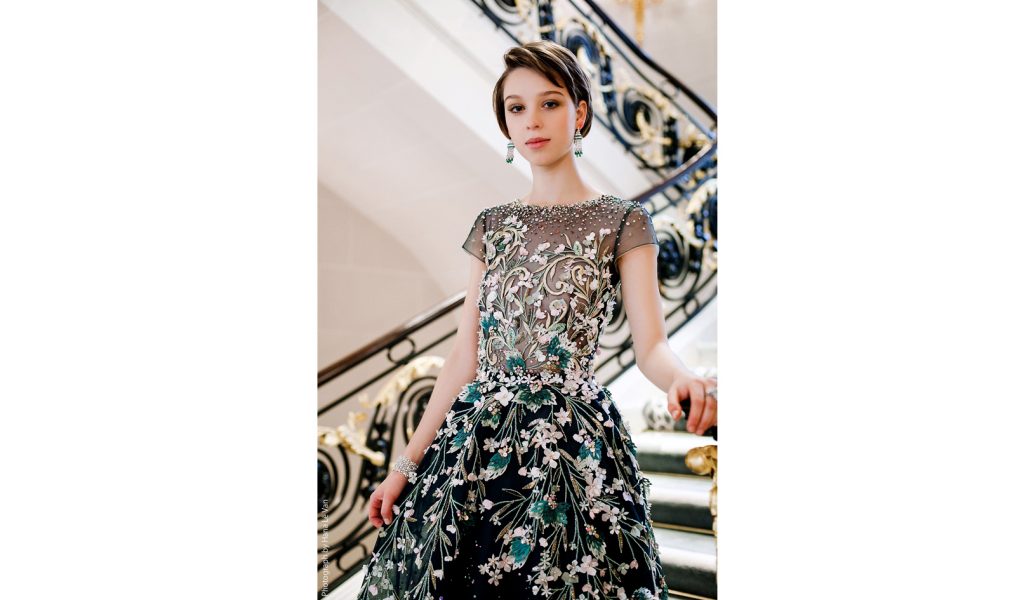 For the second consecutive year, Couturier GEORGES HOBEIKA is pleased to participate in the prestigious Bal des Débutantes. For this twenty-fourth edition of the Bal, which took place on November 26, 2016 at the Peninsula Paris, it is the young Belgian Countess Angelique of Limburg Stirum who done a one-of-a-kind couture gown by GEORGES HOBEIKA.

The beautiful debutante, Angélique de Limburg Stirum, also boasts French heritage passed down from her grandmother Hélène d’Orléans, sister of the current Count of Paris. At the age of 21, the student and model made her debut into the world of Couture and fashion media wearing a stunning, long gown of emerald silk tulle, embroidered with golden silk threads and embellished throughout with laser cut flowers, pearls, sequins and crystals, from GEORGES HOBEIKA’s Autumn-Winter 2016-2017 Couture collection.