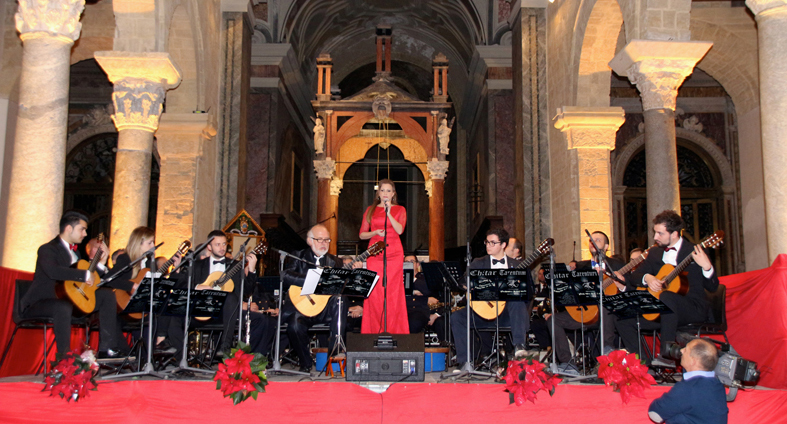 Tania Kassis sings with the Italian Marine’s Military in Taranto Tania Kassis interpreted many Christmas songs last week-end in Taranto Italy, accompanied at times by the «Chitaretarentum» ensemble (a group of 7 guitarists) and for the rest by the Italian Marine’s Military Brass Orchestra. The Taranto audience was very happy by her interpretation of «Buon Natale In Tutti Quanti» wishing everyone a Merry Christmas in French, English, Spanish, Arabic and Italian.  A well deserved standing ovation left the audience mesmerized after her emotional Ave Maria which was repeated a second time at the end of the evening. «I am very happy to be back in Italy», she said, «In Lebanon there are 18 confessions. Pope John Paul II said that Lebanon is more than a country, it is a message of pluralism. In difficult times such as those we live now, it is important and fundamental to build a strong relationship between religions».

Previous
Lunch in the honor of Randa Berri and Rabab Sadr

Next
Christmas at the Villa