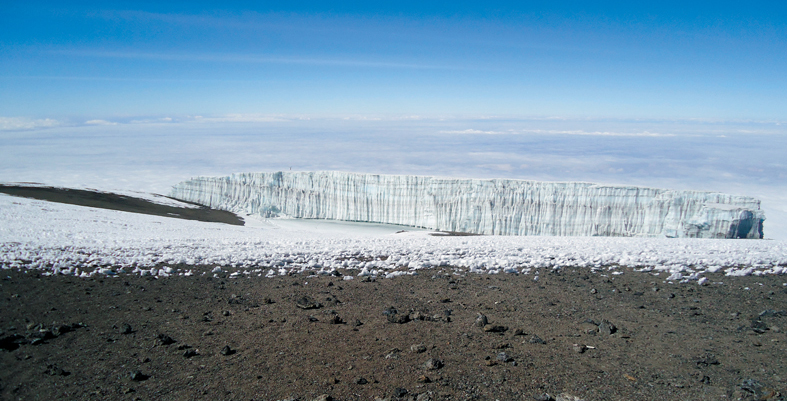 The first time I went on a hiking trip was by sheer coincidence; I had met friends in England who became family and we decided to do something together. So, we came up with the idea of visiting Nepal and climbing the Himalayas (Anapourna Trek). There, I discovered that the best way for one to visit a country is by means of hiking, because not only you will be seeing and contemplating the beauty of the country itself, but you will also be in direct contact with the locals: adopting their lifestyle, eating their food, embracing their customs, while excluding the so-called «touristic attractions» where locals fool tourists in pursuit of their money. In the Himalayas, we had a blast; so we decided that our next destination together will be Mount Kilimanjaro in Tanzania, the name of which I had never come across. However, the experts told us that it is better to hike the Salcantay trail in Peru first because the trail which takes you up to a 5000 meter altitude was supposed to help us acclimatize better in Kilimanjaro. In Peru, I learnt that the mountain had a soul and it was called «Pachamama» (Mother earth in Peruvian). And one day, out of the blue, I receive a phone call from my friend whom I didn’t hear from for the last 6 years, when we bid farewell to each other at the Nepalese airport, telling me: «I promised that we will climb Kilimanjaro together and I am a woman of my word»…

«Your laugh kept me moving»

And it all started: the trek unfolded bit by bit… Rain forest here, lush vegetation there… Birds were singing all the way, giving us the impression that this chorus was orchestrated only for us to have a background music while we made our way through the path with the most improbable companions: baboons… Absolute amazement! We were five in the group: a Polish young lady, a French young man, a Spanish couple and I, the Lebanese intruder… I was happy to get in touch with my Phoenician origins as an explorer of new territories. We were 5 «Muzungu» (white people in Swahili) accompanied by 3 guides, one cook, one waiter and 15 porters to carry our equipment, tents, food and water. As we reached higher altitudes on the second day, the journey became more serious. Passing through the clouds, we felt like floating angels. At that point, the bond between the group sharing this adventure was strengthened. I learnt some Swahili words, which I really liked for their positivity. To cite a few: «mambo» (hello), «poa» (cool) and my most favorite expression ever, «hakunamatata» (no worries).

At the beginning of the climb, the group was met by a family of baboons.

The third day wasn’t fun. The nature of the mountain changed and we were faced by a wall of rocks that seemed impossible to climb. It reminded me of problems in life that you can only overcome by confronting them… Once across, we were on top of the world with nothing below us but a sea of clouds. I felt I was beyond everything, that I can overcome any problem, any situation, any difficulty, and made me realize that the saying that «everything is beautiful from up there» is not an illusion at all. At that specific moment, the theory of the lotus flower in Buddhism revealed itself to me: even though the flower has its roots in dirty water, looking at the surface of the water, you can see it in full blossom; the most beautiful flower that one ever saw. Similarly, and even though we are living in a world ravaged by war and problems, we have to blossom at the surface and reveal our beauty… The fourth day was the Big Day. We started early in the morning in order to reach the base camp. At that point, we are no longer amateurs nor tourists. We became determined climbers with one goal in mind: reaching «the summit». I wished my vision of my goals in life was as clear as my vision of the summit I was about to reach. The strange part of it all, is the overwhelming sense of security I felt despiste all the difficulties. We made it to base camp at around 4 p.m., completely exhausted. It was such a long journey. At an altitude of 4600 meters, your movements start to slow down. Here, the rhythm is slow, unlike the rhythm of our daily life: we run round the clock, without being able to accomplish what we want to accomplish because of lack of time. This majestic slowness makes you reconsider many aspects of your own life: «Why am I spending my life running like that? Is it worth it? Why am I not enjoying life or living life? Why am I postponing living instead?»

«I saw an old Indian man. Until this very day, I am not sure if he was real…»

It was midnight. We only had a few hours of sleep. But the moment had arrived. We were about to fulfill our last challenge: conquering «the summit». That night, the wind was the strongest, announced the guide. As if the mountain was telling us with a defying tone: «You will not get me easily». The temperature ranged between minus 20 and minus 30 degrees. We turned our head lights on and we began the painful journey. Every step was a hassle. The more we climbed up, the more oxygen became scarce and the more breathing became heavy. But we were determined to reach our goal, encouraged only by the guide’s repeated mantra-like reassuring words: «We are almost there». Staying focused was not easy when you see the large number of discouraged hikers quitting half-way through. It makes you doubt yourself, doubt your intents, and doubt your goal, just like in real life. But I kept reminding myself that «the road of success is a lonely road; the mountain is mine, I own it». I was now at an altitude of around 5500 meters. I couldn’t feel or move my legs and my fingers anymore. I was literally sleeping on my sticks while walking. I couldn’t breathe, the water in my camel bag froze, and the road became even steeper. I was starting to lose spirit. I kept on saying to myself ad nauseum: «That’s it. I can’t anymore». I even convinced myself that reaching this level was no different than reaching the summit; there is nothing more to see. The decision was made. I stopped, gasped for air… And as I raised my head and turned to tell the guide «Let’s go back please», I saw, to my surprise, an old Indian man. Seeing the peace on his face calmed me down. I felt as if the burden was suddenly relieved. He stared me straight in the eye, with a look of familiarity. Then, with a smile on his face, he said: «Your laugh kept me moving…» and disappeared! Honestly, and until this very day, I am not sure if he was real or a hallucination. When I questioned the guide about a potential Indian climber making the journey with us, he denied crossing any on our way. This mysterious figure energized me. After I met him, I felt invincible and unstoppable. So, I pursued my efforts. I walked and climbed and walked until I reached the top. 5895 meters. Finally. It was breathtaking to see the sunrise face to face rather than looking up at it with an attitude of submissiveness. «I reached the top. I did it. It is an achievement that no one can take away from me».

Back at the base of the Kilimanjaro, I decided to explore the wild life of Tanzania by setting off on a safari trip. Who better qualifies than the «Maasai» people. These masters of the wild don’t eat wild animals because they believe in a covenant between them and the wild life: they will share the land without attacking each other. As per tradition, I took a goat and offered it to the chief of the tribe, guaranteeing me a sleeping space in one of the tribe members’ house. In the morning, I shared their dance, learned about their culture and their ways. Then we shared lunch: the goat I had brought as a gift! After the copious lunch, the safari started; taking me deep into the wild and introducing me to its majestic creatures. And to finish this once-in-a-lifetime trip, I went to Mnembaisland in Zanzibar. This real piece of heaven is a virgin piece of land in the middle of the Indian ocean endowed with infinite white beaches and crystal clear waters. Swimming with the wild diversity of fish in that natural aquarium and enjoying the beauty of the beach, I paused to say to the sparkling flowing waters: «Once, I was at your source. I was at the top of Mount Kilimanjaro!»