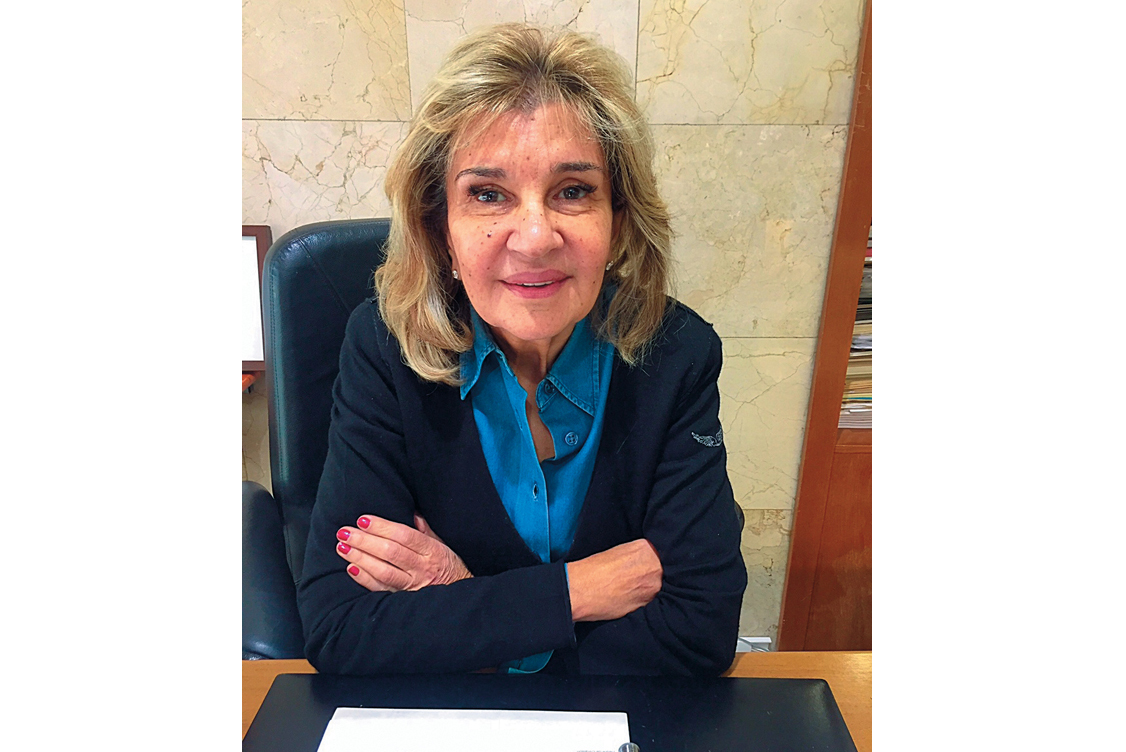 Pastry is her great passion, her first and last … «Sweet Tooth» from a young age, Colette Yared Haddad, pioneer of the pastry in Beirut, has cultivated this gift, this taste for excellence, by investing in the good pastry. At the head of the famous Cannelle, she managed to combine marvelously taste with the technical aspect. A member of Relais Desserts International, Cannelle has retained its artisanal cachet and has remained faithful to the customer. A beautiful path that Colette Yared Haddad tells to Prestige.

You are a pioneer in the pastry industry in Beirut. Why did you choose this domain? I had a teashop in Beirut that I could not supply with cakes. On the market, there were only «Genoises-cream in butter» declined in all forms. For me who traveled a lot, I found these cakes heavy, without originality, without variety … It was in this lounge also forming «Le Retro» restaurant, that I met Bechara Nammour. He offered me to take the direction of «La Mie Dorée», which was at that time only a bakery that sold its products on the spot and in  supermarkets. But thanks to the touch of Rita Nammour and her sister Sandra Tarazi, the place was decorated as an English tearoom, and had a lot of charm. I embarked on this adventure, and the Tearoom began to serve salads, sandwiches, becoming a very busy address at noon. However, what excited me the most, was the «pastry» side. I have, with the help of a Lebanese chef, the late Joseph Frem, elaborated new recipes, created other textures – the Rio Negro is an example – developed the range of dry and fresh petits fours, creating a range of holiday gifts, «arrangements», while Noura had the monopoly in our regions, and an ad hoc chocolate factory. The adventure ended after   eight years due to a conflict…

How was Cannelle born? Stimulated and supported by my partner Daniel Haddad, I decided to have a pastry according to my concept. I traveled and for five months I joined three cooking schools. On a trade show held for professionals, I bought the necessary equipment, molds and circles and I set out to find a French chef. Then I installed the whole in a place that my partner rented us, and that is how Cannelle was born.

Why did you choose the name Cannelle for your shop? Cannelle is a spice that is often used in pastry. It can be found in apple pie, cinnamon bun, as examples. It is also because I found the word musical, elegant that I adopted it.

Can you tell us about your professional evolution? I have always been «Sweet Tooth» and at my parents house I only entered the kitchen to make cakes, cookies and various desserts. At «La Mie Dorée», I discovered a real passion for the technical side of pastry. Using encyclopedias I tried recipes at home before asking the chef to execute them. When I wanted to start my work, I did the Lenôtre school, the Ritz and then Ferrandi.

Cannelle is a member of Relais Desserts international. Could you give us some details on that? «Relais Desserts» is for pastry  what «Relais et Châteaux» is for the kitchen and the hotel industry, the world’s largest pastry chefs such as Pierre Hermé, Dalloyau and Jean-Paul Hévin. Being sponsored by two members I submitted an application, underwent an on-site laboratory examination … and was accepted. We are monitored and examined regularly, unexpectedly, and by the delegates responsible for grading us. Thanks to this association, we have access, Chef Lionel Pellé and I, to professional seminars which we attend in turn.

What does the range of products you present include? What characterizes you? We offer a complete range in bakery, chocolate, ice cream and dessert. We take care of small receptions as well as large weddings. Our salty range includes appetizers, quiches, puff pastry and tarts as well as bite-sized and cocktail receptions or Tea O’clock, but does not include cooked dishes.

What is the secret to your success? Three factors make our success. Constancy. Raw material of first choice, same skilled personnel, even rigor in the execution of recipes. Innovation. We are launching trends from our first opening day until today. For this, we take into account the European evolution but also and above all the taste of the customers. Although our production is important, we keep our artisan cachet and are attentive to each customer.

Cannelle is present in Achrafieh and Verdun. Do you have plans for expansion in Lebanon? Abroad? We certainly have! As soon as the economic situation is more favorable, we want to expand but without becoming an impersonal chain that only exploits a name. Interview Conducted by Mireille Bridi Bouabjian

Next
The Wedding anniversary of Prince Bassam and Princess Pucci Salamé