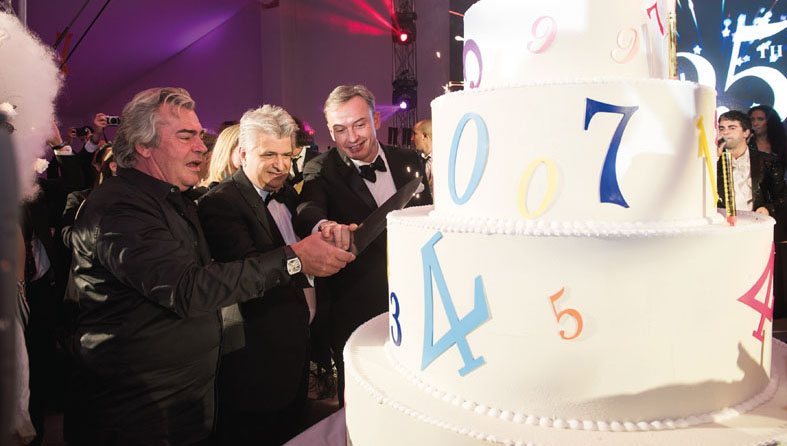 Full marks for the World Presentation of Haute Horlogerie

Organised for the first time in one of the wings of the Château du Grand Malagny, majestically renovated by Franck Muller, the WPHH has come to a close after five fast-paced days. The show welcomed around 2,500 visitors, mainly buyers and journalists invited by the group. While sales results are looking pleasing in themselves, the highlight of the week was undoubtedly the January 17th gala evening. In  a 900 sq.m. area specially set up next to the wing of the chateau where the exhibition was held, brand founders Vartan Sirmakes and Franck Muller hosted an extremely international roster of 600 guests, within a festive setting that was more magnificent than ever in order to mark this 25th anniversary in due style.

The new models presented – including the Gravity™ Skeleton, the Vanguard™ Skeleton Sapphire and the Vanguard™ 7 Days Power Reserve Skeleton were all a great success among visitors from around the world.

When the avant-garde meets the ancestral art of skeleton-working

Next
Thirty Haute Horlogerie brands at the SIHH 2017