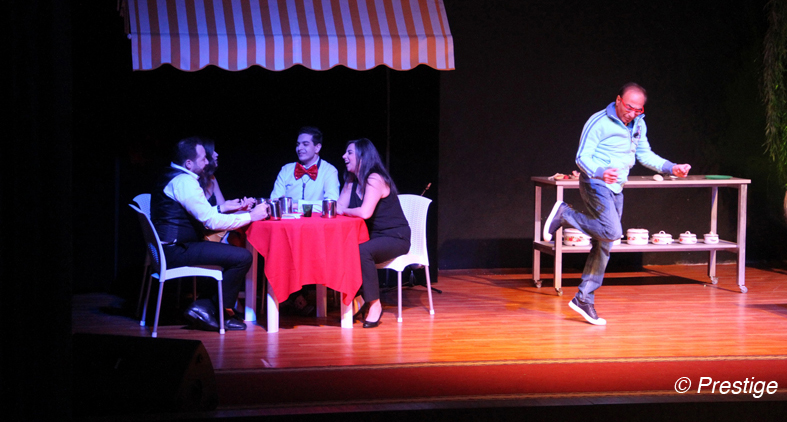 During a performance bringing together media, artistic and social figures, Samy Khayath presented Hoppalissa!, his new play created, and directed by him. Performed in the Theater St Sauveur in Badaro, Hoppalissa!, played in Arabic with scenes and songs in French and English, has as usual triggered the laughter of the public accustomed, since 1960, to the scenes both hilarious and moralistic of Samy, through more than fifty pieces to his credit.

Next
Massaya Exhibition at Exode Gallery