Royal Wedding of Yasmin and Hassan The couple Hassan and Yasmin.

The Wedding evening of Yasmin, daughter of Mohsen and Azar Agha and Hassan, son of Fadwa Charafeddine wife of late Ali Charafeddine, was celebrated in grand pomp, according to Persian traditions, where Mohsen and Azar Agha come from. In the presence of an array of personalities from the Lebanese political and social figures and family and friends, the evening illuminated the emblematic park of Beirut Hippodrome, transformed for the occasion in a true palace of thousand and one nights. Big attention to details was remarkable in the delicious menu with Persian aromas. The harmonious animation of Michel Elefteriades band as well as the legendary Tony Hanna contributed to create a joyful atmosphere in the heart of all the guests. 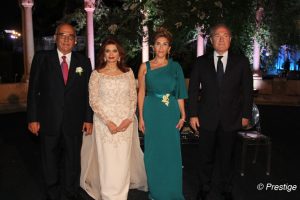 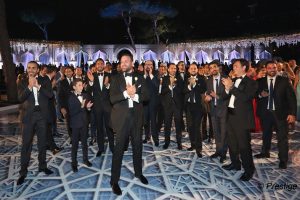 Arrival of the groom accompanied by his numerous friends.

Minister Nagib and May Mikati. 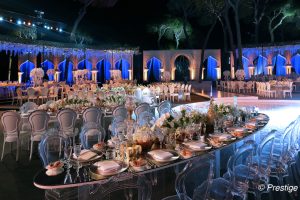 A setting of one thousand and one nights. 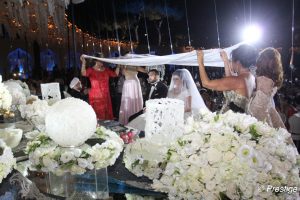 The Katb ktab or Aghd in persian. According to persian tradition, happily married women belonging to the two families, hold a lace canopy above the wed couple heads, on top of which tow sugar cones, kallah Ghand, are grinded and scattered on the fabric, symbolizing a happy and sweet future. 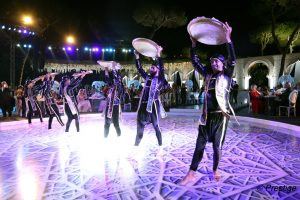 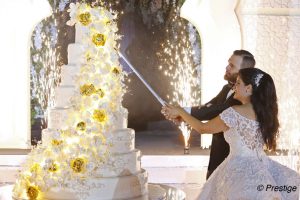 The couple cutting the fabulous cake.