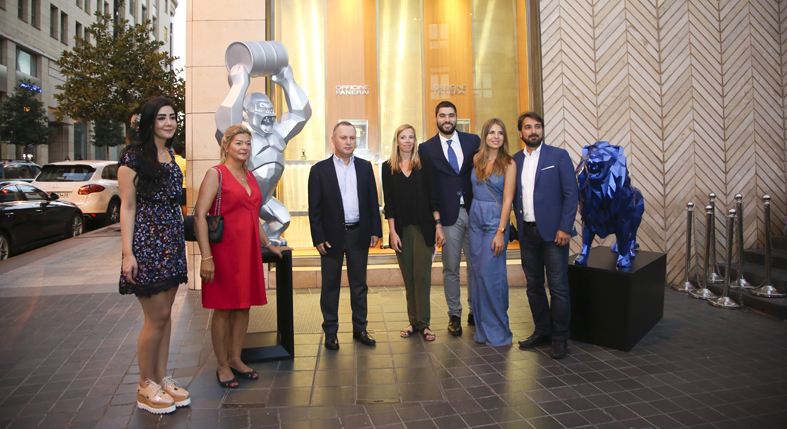 Art invades the Streets of Downtown The streets of Downtown Beirut relive for the 4th consecutive year, to the rhythm of contemporary art with Beirut Art Week. Works of art of various artists are exhibited in emblematic places of the city, like the  Martyrs square and in luxury boutiques such as Hermès, Officine Panerai, Elie Saab … The turtles of Ghassan Zard exposed in front of Le Gray Hotel. Courtesy of the l’artist & Tanit Gallery Beirut. The pearl, in front of Air France, Nabil Helou. Courtesy of the artist. Next
The Pine Residence