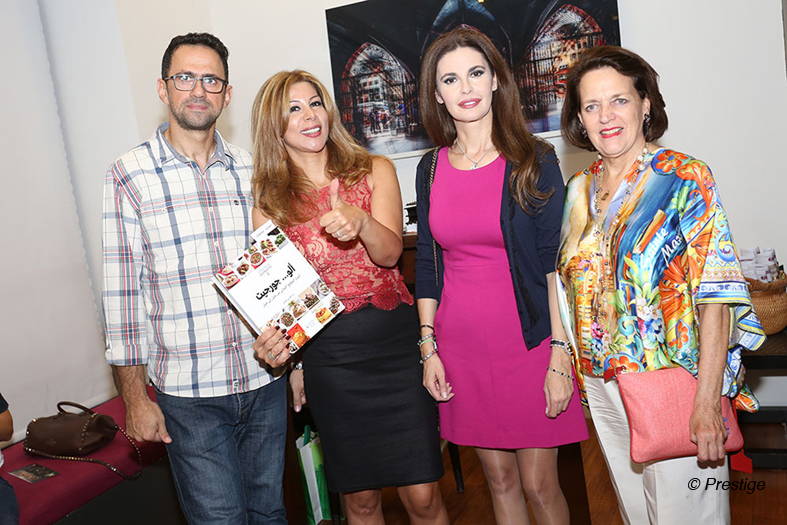 «Allo…georgette», the exquisite culinary journey with Zeina Akiki. Zeina Nacouzi Akiki, comes from a background far from culinary art, having a masters in political sciences and having worked in journalism before founding her event planning company, just published her beautiful cook book. On the invitation of Hachette Antoine and Librairie Antoine, a cocktail for the launch and signature of the book «Allo…Georgette» was held at Librairie Antoine, Beirut souks under the patronage of minister Michel Pharaon and in presence of a wide array of people. «Les recettes de Georgette» published at first in French, quickly obtained the prize of the Lebanese academy of gastronomy, and was published by Hachette-Antoine for the Arabic version: «Allo Georgette» considered as a true guide of Lebanese gastronomy is a medium to perpetuate the Lebanese cuisine where nothing is done randomly. Along its 275 recipes of traditional Lebanese cuisine, inherited from mother to daughter and from one generation to another, this book unveils the secrets and tricks kept by our grandmothers and updated. A best seller to discover with no further delay.

Next
New Play by Jacques Maroun