prestige·05/06/2014
Prestige issue N°248, March 2014
Splendors and houses of the capital, as well as the beauty of the palaces and Decorative Arts in Lebanon, thoroughly explored and revealed in his six previous books, the publisher, author and artist Hani J. Samaha selected in his seventh illustrated wonder " Beirut hidden Treasures Unveiling Art & Antiques from Private Collections " hidden treasures of Beirut.
Read More
Art of living

prestige·13/11/2014
Prestige issue 256, November 2014
The Phoenicians exported already, for over 4000 years their jars of wine and developed vineyards and wine cellars. Later, in Roman times in the middle of the second century BC, a temple was dedicated to Bacchus, the god of wine, in the region of Baalbeck. It was in the Bekaa Valley that viticulture has developed first. The monks used to produce wine for religious purposes. Today, the culture of vineyards conquered several areas including Mount
Read More
Pin 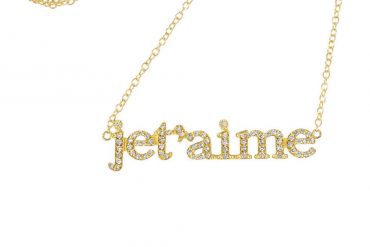 Love always and without wrinkles

prestige·12/02/2015
Prestige issue 259, February 2015
Who among you has never been bitten by Cupid's arrow? Today, can we still talk about love? What is left of love? And lovers? Can we still believe in love? On the occasion of Valentine's Day, Prestige gives you answers, brief but encouraging strongly to desire that feeling,
Read More
Pin 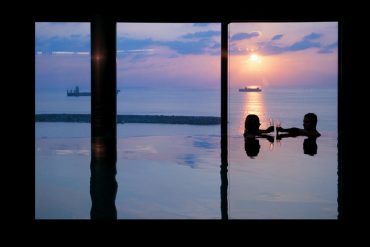 Pleasure on the menu

prestige·13/02/2015
Prestige issue 259, February 2015
Valentine is back with its procession of joys and emotions. How and where should you share your passion? In the privacy of a restaurant, in the romance of a scented hotel room, or around a sparkling champagne? What’s more important is a poetic and eternal love. Happy Valentine’s day.
Read More
Art of livingLifestyle

prestige·21/05/2015
Bokja was officially born in 2000, after a serendipitous meeting and project got us together. Our mutual passion for antiques, textiles, and handicraft took us on a journey to the countries of the Silk Road and Asia, where we amassed an archive and knowledge of traditional crafts

prestige·02/06/2015
Prestige issue 263, June 2015
For the seventh consecutive year, The Lebanon Mountain Trail Association, LMTA, organized its Thru-Walk of April. First hiking trail in all the Arab world, spreading over 470 km, from Andqet in the North of the country until Marjaayoun in the South, the Lebanon Mountain Trail meanders through the forests
Read More
Art of livingLifestyle

prestige·15/06/2015
Prestige issue 263, June 2015
Honoring the intelligence of the crystal and its timeless elegance, Baccarat, the 250 years old House of crystal, has just celebrated the opening of its first «Baccarat Hotel & Residences» in New York. A unique and exceptional place,
Read More
Art of livingLifestyle

prestige·18/06/2015
Prestige issue 263, June 2015
«House on a Dune», bears the signature of Chad Oppenheim, the visionary architect who recently completed a spectacular private residence, elegant, minimalist and comfortable on the sea, in Bahamas. Located on Harbour Island, in a breathtaking environmental
Read More
Art of livingLifestyle

prestige·10/07/2015
Prestige issue 255, October 2014
Why did you choose interior design? Interior design is the job I love to exercise because it allows me to devote myself to creativity, innovation and imagination. This is an interesting and exciting area, timeless and boundless.
Read More
Art of livingLifestyle

prestige·28/08/2015
Prestige issue 266, September 2015
Lebanese universities are recognized internationally for providing the highest level of education and the best quality. Beside the traditional, old established universities, like USJ, AUB, LAU. Lebanon has during the last decade experienced a large number of universities
Read More
Art of livingLifestyle

prestige·11/09/2015
Prestige issue 266, September 2015
In a Belle Epoque spectacular setting favorable for escape, close to the Gare Saint-Lazare, the Hilton Paris Opera, from the chain Hilton Hotels & Resorts, world leader in upscale hotels founded in 1919 and star of the brand Hilton Worldwide is the new place of rendez vous to relax
Read More
Art of livingLifestyle

prestige·28/09/2015
Inlaid furniture is part of the traditional crafts in the Middle East, can we say that your work continues this tradition, but gives it another dimension by introducing